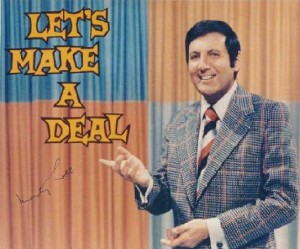 I don’t hear too often of people making pilgrimages to attend games at NBA and NHL arenas the same way fans plan out elaborate trips to see MLB ballparks or NFL stadiums. For the traveling sports fan, the NBA and NHL are nice, but they’re usually just events that you try to see if you just happen to be in a city and there just happens to be a basketball or hockey game there one of those nights.

Still, because of factors like the recession and this currently being off-peak season for travel, there are certainly deals to be had if you want to catch some ball or some puck. It pays to look around on the leagues’ Web sites, or at least those of individual teams, and following those same sources on Twitter to see what kind of promotions they might be running. And teams seem to have graduated beyond just first-5,000-fans-gets-a-flimsy-mesh-cap promotions these days. Here are a few examples:

The underlying message behind many of these promotions is that some teams aren’t filling their arenas (especially now, during the dregs of midseason) and are coming up with new and creative ways to try to get more tickets sold. So if you feel like catching a game, come on down — there are probably plenty of seats to go around.

Dude! I’m totally gonna go the 24 game. Kiefer won’t be there, but Annie Wersching will be!

There are some many jokes that can be made for 24 night at the Kings game. “Who are you shooting for?”

Meanwhile, if I were in Columbus, I’d be so there for the WWE/NHL package. Heck, my brother went to college with Kofi.

Now that that’s over… « The Itinerant Fan

[…] seem to recognize when the doldrums set in, since they go to great lengths around this time to offer ticket deals to us customers. However, I already have several big trips planned in the next few months, plus I aspire to visit […]