The art of the chase 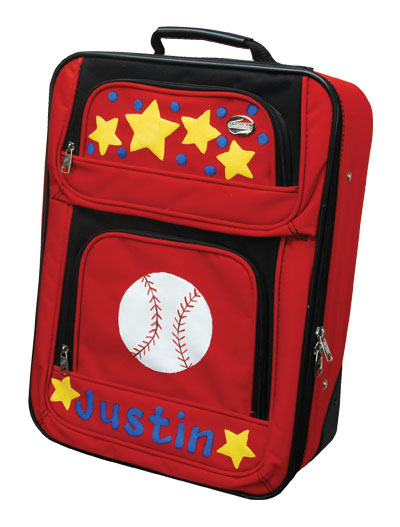 If you’re like me, then chances are the first thing you do when planning a trip somewhere — aside from figuring out the important stuff like when you’re leaving, when you’re coming back, where you’re staying, etc. — is to find out whether there’s a sporting event going on in that locale while you’re there. It’s natural if you like sports and you travel.

But if you’re really like me, you go a little crazy — you start scouting out every major city within a two-hour drive or a one-hour plane flight of the city you intended to visit in the first place, and then you say things to yourself like, “Well, I was only planning on staying in Chicago from X date to X date, but then the Tigers are at home on Y date… and I think I can spare the extra vacation day… and Detroit’s not that far from Chicago… and I wasn’t planning to rent a car, but when will I ever get to see Comerica Park again?…” And on and on. You know you’re a real itinerant fan when you start rationalizing trips to stadiums the way people rationalize reasons for breaking their diet: “Well, it’s OK if I go out of my way to see this Royals-Orioles game. I’ll spend the next month holding off on buying tickets to see my real favorite team to make up for it.” (But of course the next week you’re dropping another hundred bucks on tickets despite all the guilt.)

In fact, it seems there’s a name for fans who have this particular affliction: Park chasers. (Or stadium chasers, or arena chasers… you get the picture.) Most fans dream of doing this at some time or another — taking a specific period of time and cramming as many ballpark/stadium/arena visits into that timeframe as possible. Of course, many have the time and budget to do so every year, and some turn it into wild “Amazing Race”-type challenges. Take, for instance, this fellow, who earlier this year managed to see games at all 30 NHL arenas in 29 days — a pretty astounding feat considering one missed flight, one upset stomach or one ill-timed snowstorm would’ve completely derailed his entire delicately crafted itinerary.

Me, I’ve kept my park-chasing rather small scale. If I’ve strung more than two sporting events together in one trip, it’s always been because they were held in the same city. I’ve got another one of these trips planned later this month: Baseball games in Philadelphia and New York, five days apart (possibly with Baltimore in between). Not super-ambitious, I know, but I have other non-sports concerns to balance — plus I’d like to save my real chasing for the NFL or NHL. Personal preference. Buddy J-Park is doing it right, though, with visits to Chicago, Milwaukee, St. Louis and Detroit all built into his Midwest jaunt planned for the summer. With any luck, you will get to read about his travels right here on this blog later in the year (wink, wink).

A little while ago, a Twitter question from another traveling fan, @collegiatestdms (do follow him, and check out his site, when you get the chance), got me thinking about the intricacies of the sports road trip. As mentioned above, flight delays, cancellations/rainouts and ticket availability can throw wrenches into the most well thought out plans. Here’s how I get around those issues:

I’ll admit that I don’t always follow my own advice. A few years ago, I was flying into St. Louis on a day when the Blues were scheduled to play in a Stanley Cup playoff game (this was long enough ago that the Blues were still wearing these monstrosities). I went ahead and bought tickets for the game, even though it was on the day I was scheduled to arrive — and then on the day of the game sat there at the airport gate in Los Angeles fidgeting because my flight was delayed two hours.

The story had a happy ending, though — I got there in plenty of time to see the game (the Blues lost to the Red Wings) and then, on the way back to the hotel, passed by the old Busch Stadium, where the Cardinals were in the process of getting blown out by the Braves. I passed by a gate and realized it was both open and unmanned, so I just sidled on in, watched the game’s final two innings from the upper deck, then went back to my hotel room and checked two stadiums off my list. Which just goes to show that the art of the chase can yield some pretty cool memories no matter what happens.

[…] our case, we needed to get there early because we violated one of my cardinal rules of visiting a sporting event that I’d never been to before — we didn’t buy […]