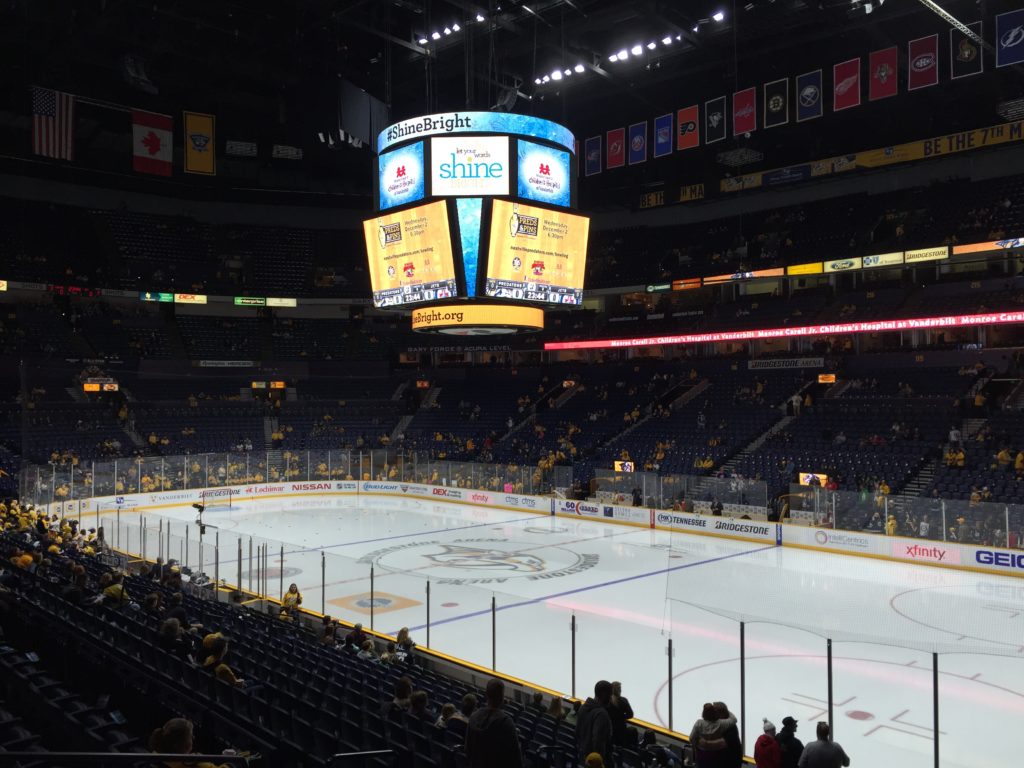 The NHL schedule for 2016-17 is here, and the league again did us a favor and released it barely two weeks after the end of the Stanley Cup Final, giving us puckheads a head-start on travel planning for the upcoming season. So we got down to analyzing the schedule up and down, backwards and forwards, and we’ve come up with a few good ideas for those of you who want to see as many barns as you can in a short period of time.

Work your way across the Eastern Seaboard with this season-opening road trip, but be forewarned that a lot of these games will be hot tickets — especially the first stop, when the Penguins will be raising their 2016 Stanley Cup banner at Consol Energy Center. Every other game listed is the home opener for the respective team. (Bonus: Stay on the East Coast an extra two days and check out either Devils at Bruins at TD Garden or Ducks at Flyers at Wells Fargo Center on Thursday, Oct. 20.)

Before it gets too chilly north of the border, check out the scene in Eastern Canada, starting with an Original Six matchup at the Bell Centre. You can wind your way through Ontario and then around Lake Erie and back across the border, finishing up at Buffalo’s First Niagara Center with a contest between Tampa Bay’s Steven Stamkos and one of his free-agent suitors over the summer.

Starting in Pittsburgh again, work your way west on this pre-Christmas itinerary, with stops at Joe Louis Arena during the Red Wings’ farewell season, the always-boisterous United Center in Chicago and St. Louis’ Scottrade Center.

Get over your post-New Year’s blahs by heading somewhere warmer, as so many snowbirds do, and checking out some hockey while you’re at it. Start at San Jose’s SAP Center with the defending Western Conference champion Sharks taking on the rival Kings, then head to SoCal to see the Kings at Staples Center and the Ducks at Honda Center before finishing up in the Phoenix suburb of Glendale, where the Coyotes play at Gila River Arena.

5) Sojourn through the Southeast

After the NHL All-Star Game in Los Angeles on Jan. 29, spend a week visiting some of the league’s more “non-traditional” markets. Start in South Florida with the Panthers at BB&T Center and trek northward from there, with stops at Tampa Bay’s Amalie Arena, PNC Arena in Raleigh and Bridgestone Arena in Nashville.

Despite some down times for Canada’s NHL teams, you’ll still find some of the best arena atmospheres north of the border. On this particular itinerary, you can start in beautiful Vancouver and Rogers Arena, and after a stop at Calgary’s Scotiabank Saddledome, check out Edmonton’s brand-new, state-of-the-art Rogers Place before finishing up at MTS Centre in Winnipeg.

As the regular season winds down, check out some potentially big games in the Midwest, starting at the Xcel Energy Center in St. Paul. Head through Chicago and Detroit before arriving in Columbus for a matchup at Nationwide Arena.