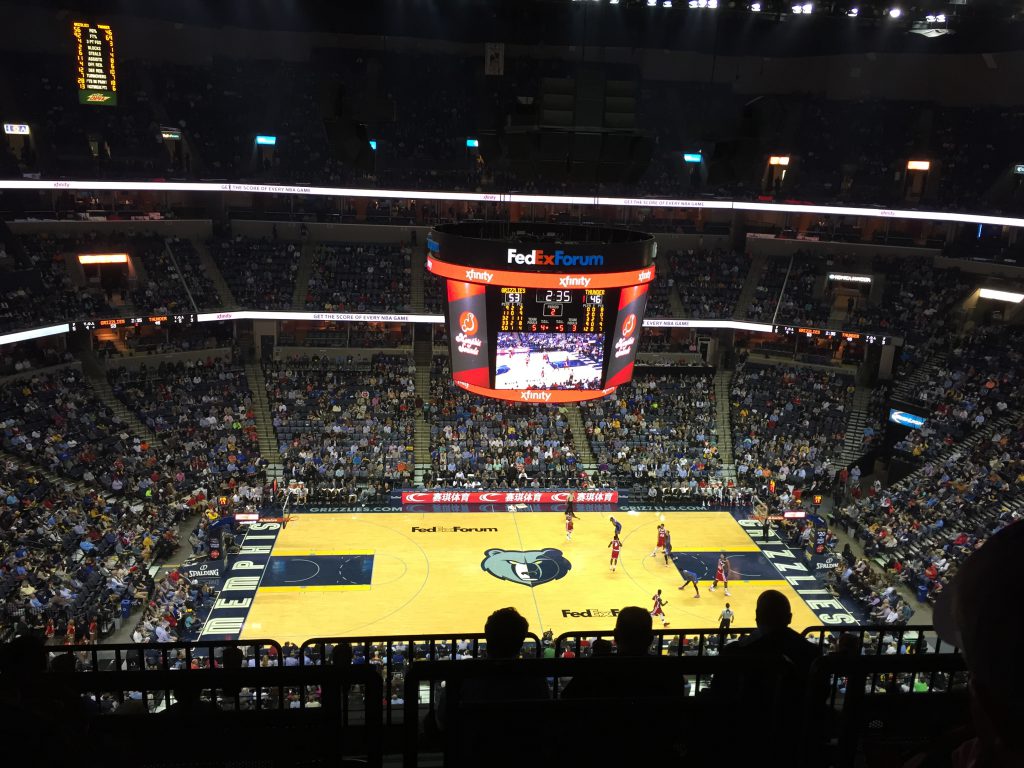 There’s nothing we like around here more than a good sports road trip, and as we’ve done for the NFL and NHL, we’ve analyzed the 2016-17 NBA schedule backwards and forwards to come up with some ideas to catch some hoops while you hit the road. And with a new arena in the rotation (in Sacramento) and plenty more interesting storylines around the league, there’s lots for you to see in the NBA’s arenas this season.

Cleveland will be celebrating its first pro sports title in more than 50 years as the Cavs raise their 2016 championship banner at Quicken Loans Arena, so get your season off to a rollicking start — if you can snag a ticket. Then head west, stopping at Bankers Life Fieldhouse in Indianapolis, United Center in Chicago and BMO Harris Bradley Center in Milwaukee. (Bonus: If you don’t mind heading backward, take a side trip to the Detroit area and catch Pistons-Magic at The Palace of Auburn Hills on Friday, Oct. 28.)

Looking for a way to burn off that Thanksgiving turkey? Take a tour through the Eastern seaboard’s NBA arenas, starting two days after T-Day with Spurs-Wizards at Verizon Center. From there, make your way north and catch games at Wells Fargo Arena in Philadelphia, Madison Square Garden in New York, Barclays Center in Brooklyn and TD Garden in Boston on consecutive days. You’ll need a good car with a toll transponder, or take advantage of the train.

3) Holiday week in the South

Spend your time between Christmas and New Year’s Day catching some hoops in the South, starting in Miami with a 2012 Finals rematch at AmericanAirlines Arena. Next, head to Orlando’s Amway Center to see Hornets-Magic, then (after an off-day that you can spend at Disney World) check out games at Atlanta’s Philips Arena and Charlotte’s Spectrum Center. You’ll be ringing in 2017 with the Cavs and Hornets in the Queen City.

You’ll be checking out Talking Stick Resort Arena in Phoenix and catching both Clippers and Lakers home games at Staples Center on this jaunt. But let’s face it, the highlights of this trip will come once you reach NorCal: the Warriors host the Cavs at Oracle Arena in a rematch of last season’s Finals, and the Kings will be breaking in their sparkling new Golden 1 Center in downtown Sacramento.

You can visit the home arenas of four of the five teams in the Southwest Division with this trip, which begins in Oklahoma City with the Thunder (of the Northwest Division) hosting the Spurs at Chesapeake Energy Arena. From there, check out American Airlines Center in Dallas, AT&T Center in San Antonio, Toyota Center in Houston and Smoothie King Center in New Orleans. As an added bonus, the Warriors and Cavs are the visiting teams in two of these contests. (Bonus: If you’re willing to take a bit of a detour, veer off to Memphis and see Grizzlies-Bucks at FedExForum on Monday, March 13.)

You’ll probably need a series of plane flights to cover the distances on this jaunt, but it’ll be worth it to close out the season in style. Start at Denver’s Pepsi Center, then head to Portland’s Moda Center and finish things out in Northern California with visits to the Golden 1 Center and Oracle Arena.