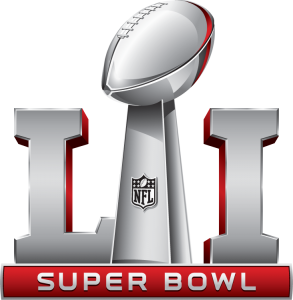 Super Bowl LI is just around the corner (congratulations, Patriots and Falcons fans), but it’s not too late to plan a trip to the big game on Feb. 5. Houston will be hosting the game for the third time, most recently the memorable Super Bowl XXXVIII between the Patriots and Panthers that included the infamous halftime “wardrobe malfunction.”

We’ve put together a handy resource guide for everything happening during Super Bowl week. For starters, check out our guide to NRG Stadium, home of the Texans and site of this year’s big game, as well as our Houston city guide.

(Note: This post will be updated with teams, event times and more info as it becomes available.)

Getting there
Houston’s primary gateway is George Bush Intercontinental Airport (IAH), some 20 miles north of downtown and nearly 30 miles away from NRG Stadium. It’s a hub for United Airlines and offers service from all other major airlines. An alternative airport is Houston Hobby (HOU), south of downtown and thus much closer to the stadium — service there is largely offered by Southwest Airlines and tends to be the choice of more frugal travelers.

The layout
NRG Stadium is located along Interstate 610, the loop freeway that circles the city, and is part of a large complex of venues that includes the Astrodome, right next door. The surrounding area is largely suburban/residential but there are a few hotels nearby. However, visitors to Houston for the big game will likely find lodging options more plentiful in areas such as downtown, the Galleria, Midtown and the Medical Center, all of which are reasonably close to the stadium.

Transportation
Along the I-610 Loop, Kirby Drive and Fannin Street are the closest exits to NRG Stadium. Both exits are a few miles west of the I-610 connector with the South Freeway (Route 288), which leads to downtown Houston.

Houston’s growing light rail service, called MetroRail, runs between downtown and the stadium via the Red Line; get off at Reliant Park or Fannin South to reach the stadium. Single-ride fares cost $1.25 but an all-day pass is $3 and worth buying to save the headache of purchasing another fare while navigating crowds to board a train for the return trip.

Light rail doesn’t reach the Galleria or Midtown, but during Super Bowl week Houston Metro will be operating shuttles between those areas and downtown Houston, where most events will be taking place (more on that below). Fares are $2 each way. Follow links for a Midtown shuttle map and a Galleria shuttle map. Within the downtown area, free “circulators” will be running continuously.

On gameday itself, Metro will be running a shuttle between the Galleria and NRG Stadium for $2 each way. 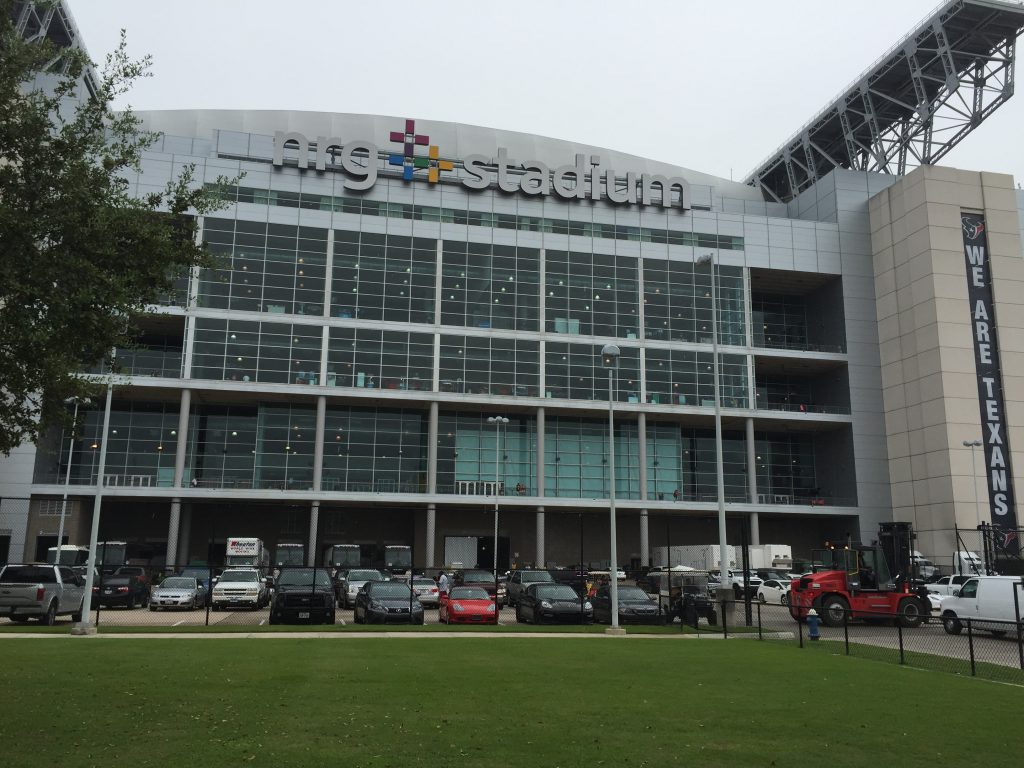 Parking
The NFL is offering parking permits for the lots surrounding NRG Stadium here; prices begin at $100 for cars and SUVs. Cash parking will also be available the day of the game. Click here for a general parking map.

Things to do
The NFL’s official Super Bowl Experience will be held at the George R. Brown Convention Center beginning Saturday, Jan. 28. Meanwhile, Discovery Green Park at the center of downtown will be the location for what’s being called Super Bowl Live, a 10-day festival that includes live music, games and more. 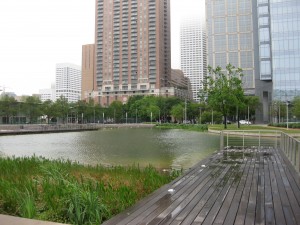 Super Bowl Opening Night on Monday, Jan. 30, is highlighted by Super Bowl Media Day and will be held this year at Minute Maid Park, home of the MLB Astros. Tickets are being sold to the public through Ticketmaster; prices range from $20 to $30.

If it’s your first visit to Houston, it’s home to many popular attractions including the Johnson Space Center, the Houston Zoo and several major museums. For more information, check out our Houston city guide.

Here are more sporting events that you can check out while in Houston:

• The NBA’s Rockets are home for three games during Super Bowl week: Tuesday, Jan. 31 vs. Sacramento; Thursday, Feb. 2 vs. Atlanta; and Friday, Feb. 3 vs. Chicago. The Rockets play at Toyota Center downtown; you can find tickets for upcoming games via SeatGeek.
• The University of Houston men’s basketball team faces UCF in an American Athletic Conference game on Wednesday, Feb. 1 at the Hofheinz Pavilion on campus. You can buy tickets via Ticketmaster. (The city’s other major university, Rice, has its men’s basketball team on the road during Super Bowl week.)