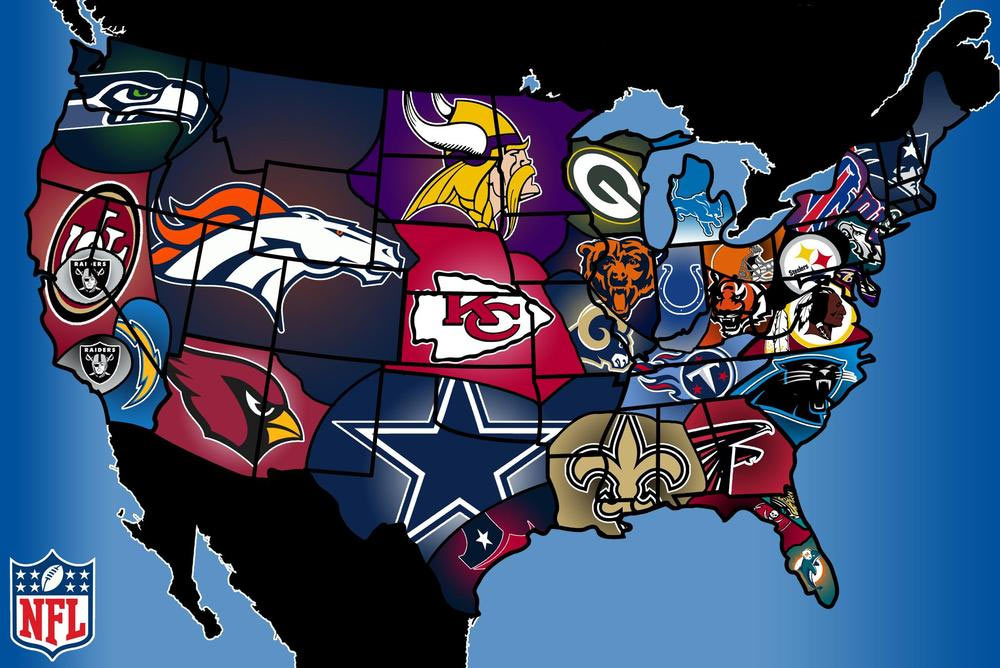 Another NFL schedule is upon us, and as has become tradition here, the first thing we looked at were chances to maximize the sports traveler’s time and money while knocking two stadiums off his/her list. We call it the NFL twinbill — two days, two games, two stadiums. And in 2017 there are a number of chances to double-dip.

Our suggestions are below. The criteria is as follows: The games must be on consecutive days (so no Thursday-Sunday suggestions — that’s two extra days of lodging and expenses), and they must be in cities within a reasonable driving distance of one another (maximum 400 miles).

Start the season with a spin through the NFC North, and a look at stadiums old and new as well. You’ll see Green Bay’s Lambeau Field in all its old-timey glory, then head off to Minneapolis and its shiny, year-old U.S. Bank Stadium. Oh, and the opposing teams aren’t too shabby either so these opening games sure hold promise.

Catch a battle between AFC North rivals at Baltimore’s M&T Bank Stadium, then travel up I-95 (or take the train, your choice) to East Rutherford and catch a pretty good Monday-nighter between two playoff teams from last season at MetLife Stadium. (Note the recurring theme — Eastern seaboard twinbills are the most common you’ll see on the NFL schedule.)

NFL road-tripping out west has a new twist in 2017, with the Chargers having relocated from San Diego to the Los Angeles area. In Week 3 you can use that to your advantage by seeing an AFC West battle at the cozy StubHub Center, then working your way across the desert on Interstate 10 so that you can see the Cowboys and Cards at University of Phoenix Stadium.

See the Colts at their grand palace, Lucas Oil Stadium, and then head northwest to the Windy City and take in an NFC North rivalry clash at Soldier Field on Monday night. At both locales you’ll see two of the NFL’s most interesting venues architecturally.

Here’s your chance to see the Falcons’ brand-new, technologically advanced behemoth, Mercedes-Benz Stadium, as the defending NFC champions host an interconference clash. After that, head up Interstate 75 to Music City and watch the up-and-coming Titans take on the division-rival Colts at Nissan Stadium.

Check out one of the can’t-miss games of the season, the Super Bowl LI rematch between the Falcons and Patriots at Gillette Stadium. Think the Pats and their fans will insert a few “28-3” references into their game production that night? Then, while you’re at it, make it a doubleheader by heading down to Philly to catch fierce rivals go at it in the Redskins and Eagles at Lincoln Financial Field.

Visit two NFC South venues in two days, and if last season’s records are any indication, you’ll see two pretty good games, too. Start in Atlanta and another chance to take in the shiny new Mercedes-Benz Stadium, as the Cowboys come to town to take on the Falcons. Then head to Charlotte via I-85 and watch the Panthers host the Dolphins at Bank of America Stadium.

Two AFC North home stadiums, two prime-time games — not a bad way to spend your Thanksgiving weekend. Start in Pittsburgh and catch this Super Bowl XLV rematch at Heinz Field before heading down to Baltimore as the Ravens host the Texans at M&T Bank Stadium.

(Note A: The Eagles are also at home on Sunday, hosting the Bears, and Philadelphia is closer to Baltimore than Pittsburgh is, but we just thought this trip would be more fun.)

(Note B: If you’ve got no family plans for Thanksgiving, make it a triple NFL weekend and see the Redskins at FedEx Field — they’re hosting the Giants at 8:30 p.m. ET in the Turkey Day nightcap.)

Thanks to the NFL’s late-season scheduling that adds Saturday games once college football’s regular season wraps up, you could do this trip with minimal impact to your work schedule (at least in theory). Head to Detroit on Saturday and watch the Bears and Lions clash at Ford Field, and then cross through Ohio and get to Heinz Field to watch the Patriots take on the Steelers.

(Note: You could also spend your Sunday in Cleveland watching the Browns and Ravens at FirstEnergy Stadium, and Cleveland is on the way to Pittsburgh — just depends on which game/stadium you’d rather see.)

Watching Christmastime football in the Midwest should be fun (well, maybe except for the driving). You can see a couple veritable frozen tundras, including the original — Lambeau Field, where the Packers will host the Vikings on Saturday. Then head down I-94 to Chicago and see the Browns and Bears clash at Soldier Field.

Interested in spending your Christmas down south? Watch some football and take a road trip while you’re at it. You can start in the Big Easy, with the Saints hosting the Falcons at Mercedes-Benz Superdome in what promises to be a pivotal NFC South showdown, before hauling into Texas and watching the Steelers and Texans at NRG Stadium on Christmas Day.