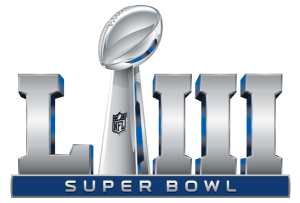 It’s down to two: The Rams and Patriots will meet in Super Bowl LIII. And for fans of those two teams, the planning has begun in earnest on how they’ll be going to Atlanta to cheer their team on at the big game.

We can surely help you plan for that big trip … you know, just in case. We’ve put together a handy resource guide for everything related to attending Super Bowl LIII, from traveling to Atlanta to enjoying yourself during Super Bowl week.

For starters, check out our guide to Mercedes-Benz Stadium, home of the Falcons and site of this year’s big game, as well as our Atlanta city guide.

Getting there
Fliers to Atlanta go through Hartsfield-Jackson Atlanta International Airport (ATL), one of the world’s busiest airports and the center of operations for Delta Air Lines. All other major U.S. carriers offer service to ATL, so options are plentiful — even if fares might not be bargain-basement low on Super Bowl week.

If the budget really is a concern and fares are too high for your liking, consider flying into Birmingham-Shuttlesworth International Airport (BHM) in Alabama. From there, it’s a 150-mile drive east via Interstate 20. If you don’t plan to rent a car, Greyhound and Megabus offer bus service between the two cities.

The layout
Mercedes-Benz Stadium is located on the western edge of downtown Atlanta, near State Farm Arena and within walking distance of many other Atlanta attractions — notably the Georgia World Congress Center, Centennial Olympic Park, CNN Center, Georgia Aquarium, the College Football Hall of Fame and much more.

Downtown Atlanta has the highest concentration of major hotels, but fans looking for accommodation here will find the highest rates and, likely, the fewest available rooms. Alternative areas of town worth checking out include Midtown, just north of downtown; Buckhead, about seven miles north of downtown; the airport, about 10 miles south; and Cumberland, about 12 miles north and home to the Braves’ SunTrust Park.

Transportation
Mercedes-Benz Stadium is located near the interchange between Interstates 20 and 85, which meet south of downtown. General driving directions to the stadium can be found here. Most downtown attractions and many hotels are within a reasonable walking distance (one mile or less) of the stadium.

Atlanta’s rail service, known as MARTA, serves Mercedes-Benz Stadium via the Dome/GWCC/Philips Arena/CNN Center station. Note that this station, though, serves the east-west traveling Green and Blue lines and anyone using the north-south Red and Gold lines from downtown, Midtown or the airport will have to transfer at the Five Points station to reach the stadium.

Fares for MARTA are $2.50 for a one-way ride and $9 for a one-day pass and riders are required to purchase a Breeze card to load fares. MARTA is also offering a commemorative Super Bowl LIII Breeze card that can be purchased here. 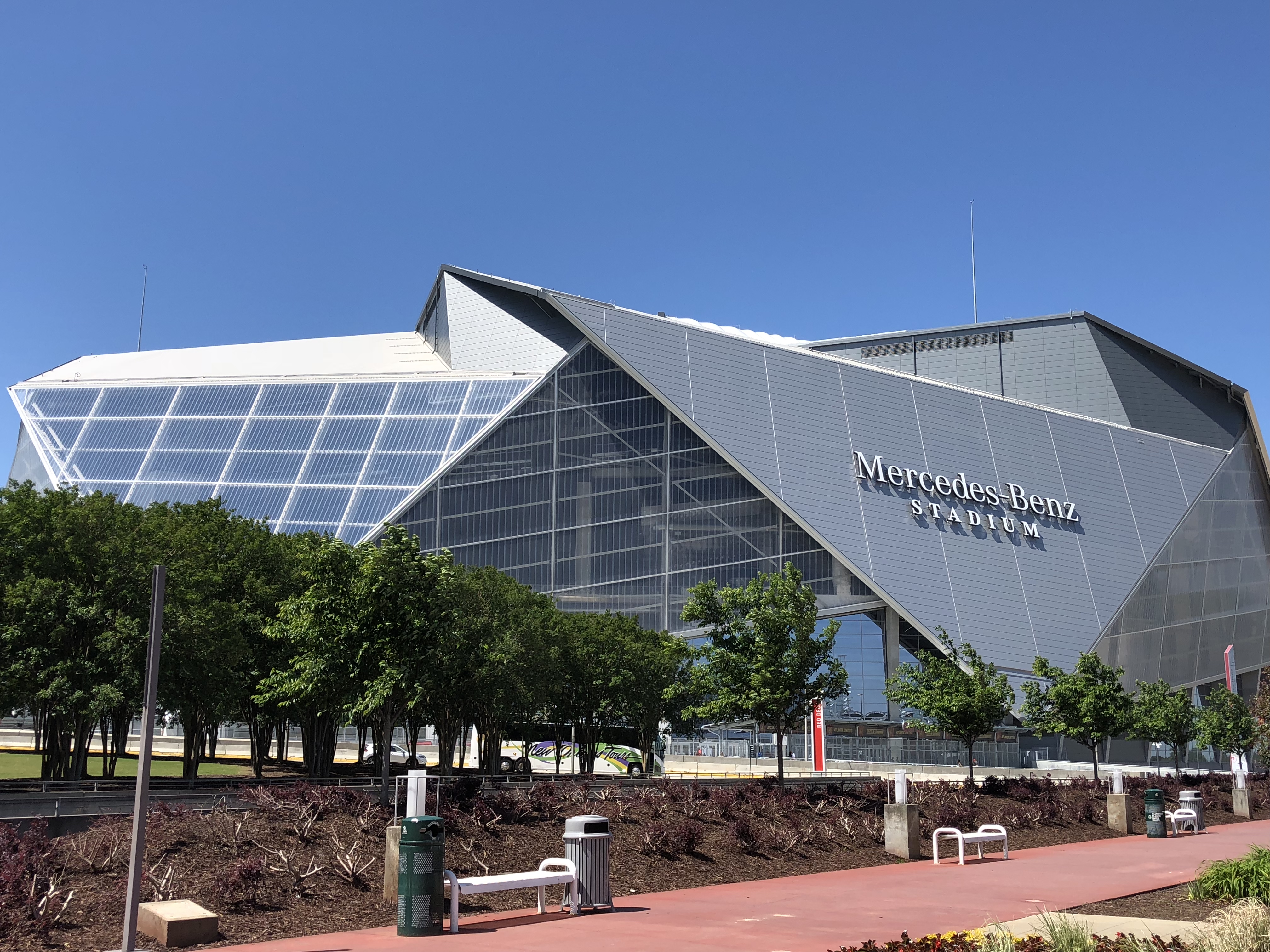 Parking
Parking at Mercedes-Benz Stadium lots for Super Bowl LIII are currently being sold by the NFL via this site. Prices begin at $50 for standard-size automobiles. For a map of available lots and their location in relation to the stadium, click here.

Things to do
The NFL’s official Super Bowl Experience will be held at the Georgia World Congress Center from Saturday, Jan. 26, to Saturday, Feb. 2. Tickets are $20 for adults and can be purchased here.

On the same dates, Centennial Olympic Park will host the Super Bowl Live fan village, which will include activities, concerts and more. Admission for Super Bowl Live is free.

Super Bowl Opening Night will be held on Monday, Jan. 28, and features Super Bowl Media Day at State Farm Arena, home of the NBA’s Hawks. Tickets begin at $29 and can be purchased via Ticketmaster.

If it’s your first visit to Atlanta, don’t miss the many attractions in and around the downtown area, ranging from the historical (Martin Luther King Jr. National Historic Site, Jimmy Carter Presidential Library) to the whimsical (World of Coca-Cola) — as well as the many places where you can enjoy Southern food and Southern hospitality. For more details, read our Atlanta city guide.

Here are more sporting events that you can check out while in Atlanta:

• The Georgia Tech men’s basketball team faces North Carolina in an ACC clash on Tuesday, Jan. 29, at McCamish Pavilion on the GT campus near midtown Atlanta.
• The Georgia State men’s basketball team, which has qualified for the NCAA tournament twice in the last four seasons and advanced to the second round in 2015, plays a home game against Georgia Southern on Saturday, Feb. 2. Its home gym, the GSU Sports Arena, is located at 125 Decatur Street downtown, about 1½ miles from Mercedes-Benz Stadium.
• The NBA’s Hawks are on a seven-game road trip that lasts the duration of Super Bowl week. They return home to State Farm Arena on Thursday, Feb. 7, against Toronto.