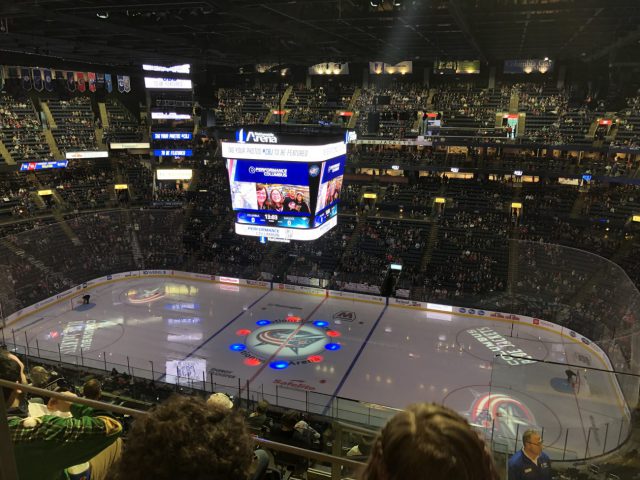 We’re hockey nuts here at Itinerant Fan, and one of the things that we appreciate most about the NHL is that they don’t waste much time getting fans excited for the upcoming season. Less than two weeks after the Stanley Cup was awarded, the 2019-20 NHL schedule dropped.

We especially like to examine the schedule to figure out long, multi-city itineraries — opportunities to see a series of games over a short period of time, while considering travel distance and budget. As we’ve done for several years running, we’ve compiled a list of suggestions for road trips in 2019-20, which you can see below.

But first, here are the guidelines we followed:

Here’s what we found for the upcoming season:

The top two picks in the 2019 NHL draft both landed in the New York area, and you can see them both make their debuts on opening week. First, No. 2 pick Kaapo Kakko and the Rangers host the Jets at Madison Square Garden, followed the next night by top overall selection Jack Hughes’ first game for the Devils at Prudential Center, also against Winnipeg.

From there, wind your way west to catch home games for the Penguins at PPG Paints Arena, the Blue Jackets at Nationwide Arena and the Red Wings at Little Caesars Arena.

2) Passing through the Pacific

This three-state jaunt begins at Gila River Arena outside Phoenix, where Phil Kessel and the Coyotes will take on the Canadiens. From there, follow the Habs to Vegas and T-Mobile Arena, where Golden Knights tickets promise to still be tough to come by. Finally, spend the weekend in SoCal with games at Anaheim’s Honda Center and Los Angeles’ Staples Center.

3) Late fall in the Midwest

Hopefully before it gets too cold, take on this trip through the Midwestern states that begins at Enterprise Center, home of the defending Stanley Cup champion St. Louis Blues. This itinerary then winds through three more states, with stops at United Center in Chicago, Nationwide Arena in Columbus and Little Caesars Arena in Detroit. 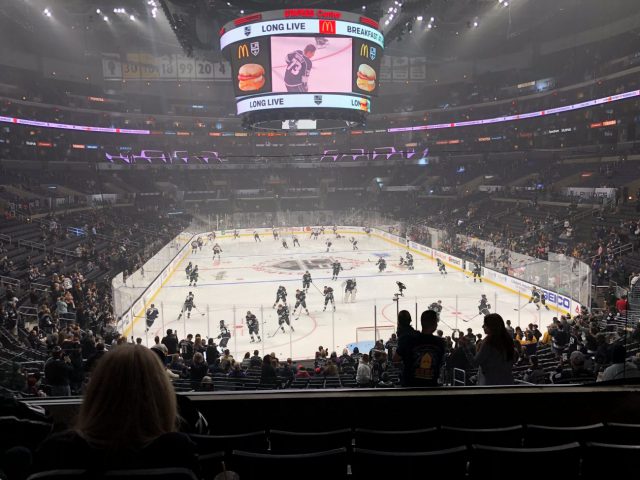 What’s not to love about this East Coast trip, which includes an opportunity to see home games for all three New York-area teams? It begins in D.C. with a Capitals game at Capital One Arena, and then after a stop at Philly’s Wells Fargo Arena, you can check out games at Madison Square Garden, Barclays Center and Prudential Center over a long weekend in the Big Apple.

This itinerary has one state, two provinces and a break for Super Bowl Sunday worked in. Begin in Buffalo, where the Sabres will host the Blue Jackets in a Saturday matinee at KeyBank Center. Then, after a break to watch the NFL’s big game, continue in Toronto with a matchup between two offseason big spenders at Scotiabank Arena, then go on to Ottawa’s Canadian Tire Centre and Montreal’s Bell Centre for games against the visiting Ducks.

6) Take a leap down south

You get an extra day to play with in 2020, so why not spend Leap Day watching some hockey? Starting in Nashville with a Preds game at Bridgestone Arena, this trip winds through the Southeast with stops at PNC Arena in Raleigh, Amalie Arena in Tampa and BB&T Center in Sunrise, Fla.

Two caveats to this journey: One, the distances between cities may be a little prohibitive for one-day turnarounds (for example, it’s about 550 miles between Nashville and Raleigh), but each of these markets are also served by Southwest and other low-cost air carriers. Second, we know we broke one of our rules by including three games involving the Flames. If you’d rather not watch Calgary that often, save Nashville for the end — the Preds will be home against Edmonton on Monday, March 2. You’ll definitely have to fly from South Florida if you go that route, of course.

7) Playoff races on the prairies

Another trip involving longer distances, so we’ve spread this one out a little bit. Take on Alberta to start the itinerary, with games at Calgary’s Scotiabank Saddledome and Edmonton’s Rogers Place. Then, fly to Winnipeg and check out the Jets’ Bell MTS Place. Finally, cross the border to Minnesota (it’s a seven-hour drive, but you’ll have to either rent a car or fly) to catch the Wild at Xcel Energy Center in St. Paul.

There are undoubtedly a few other trip ideas that we passed over or simply overlooked — if you’ve got a trip idea you’d like to share with us, or better yet, if you’ve got a kick-ass trip planned, let us know about it!