The rescheduled sports calendar: When will major events be held in 2020? 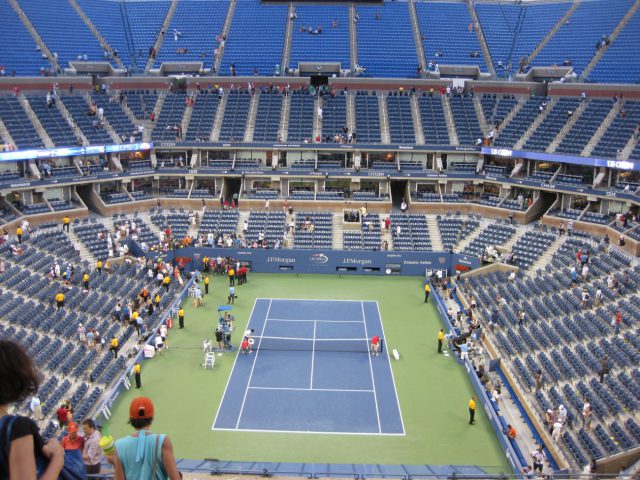 With the sports world upended by the COVID-19 pandemic and all of the resulting cancellations, it’s hard to keep track of rescheduled events on the 2020 calendar. Dates continue to change as organizers scramble to balance public health concerns with the logistical issues of putting on large-scale events.

If you’re a sports traveler, you might be taking a wait-and-see approach to venturing out, as I am. After all, as of this writing we don’t know yet if and when the major sports leagues — the NBA, NHL and Major League Baseball — will resume their seasons. The NFL is gearing up to proceed as usual, but the uncertainty of the current climate makes it hard to have confidence that games will be played as scheduled.

The passing of Memorial Day weekend is a reminder of what we’re missing in sports right now. Memorial Day has been the preferred start date of the Stanley Cup Final for several years running. The Indy 500 should have been held the day before. We should be nearly a third of the way into the MLB regular season. The French Open should be in full swing now.

Are there lights at the end of the tunnel? We can only hope and look ahead. To that end, here’s a handy graphic for rescheduled events in 2020 — just click to download. Below, we’re keeping tabs on the latest news surrounding these events and will update when necessary.

All three jewels of horse racing’s Triple Crown have been pushed back from their original dates, but in the case of the Belmont, it’s only being moved back two weeks — which will make it the first leg of the Triple Crown for the first time. The race will be held at Belmont Park in Elmont, N.Y., without fans in attendance.

In addition, the Belmont’s distance will be shortened from 1 1/2 miles to 1 1/8 miles to reduce the strain on the competing horses.

The All England Club, the venue that holds the event outside London, made the decision in April to call off the 2020 tournament — one of the earliest sports events to be canceled rather than rescheduled.

With the MLB season not likely to start before mid-July, the All-Star Game will almost certainly be canceled this year. The Dodgers were scheduled to host the game at Dodger Stadium for the first time since 1980.

A likely outcome is that the Dodgers will be awarded the 2022 game. The 2021 All-Star Game will be held at Truist Park in Atlanta.

One of the PGA’s four major tournaments will not take place in 2020, as organizers have canceled what’s known as simply The Open. Royal St. George’s Golf Club in Kent, England, was to have hosted the event; instead it will stage the tournament in 2021.

The tournament was to have been held in May at TPC Harding Park in San Francisco, but now it will be held in August. Incidentally, the event is being moved back to what used to be the traditional dates for one of golf’s four major tourneys; before 2019, the PGA was usually held in August.

The premier open-wheel racing event in the U.S. was pushed back from its traditional date on the Sunday before Memorial Day. Currently the race at Indianapolis Motor Speedway will be held with fans, and tickets are being sold for the event.

No changes have been announced to what traditionally is the final Grand Slam event of the tennis season. This will not be the case in 2020 if it’s played as scheduled at the USTA Tennis Center in New York.

However, the USTA is considering alternatives to the event, which reportedly includes moving it to California. Any changes to the schedule or site will be announced by June, according to organizers.

The first Saturday in May is pretty much a holiday in Louisville, home of Churchill Downs, but this year the Kentucky Derby has been moved to Labor Day weekend. It will now be the second jewel in the Triple Crown, with the Belmont Stakes scheduled for June 20.

The tournament, to be hosted at Winged Foot Golf Club in Mamaroneck, New York, has been moved back three months to mid-September.

Organizers moved quickly after the pandemic set in, rescheduling the tournament at Roland Garros in Paris to September. Initially, the opening date was set for Sept. 20, but this move came at the chagrin of the tennis world, as other tournament organizers were caught off guard.

There have been reports that the French Open could move back another week or two, but as of now the Roland Garros website continues to advertise the dates as Sept. 20-Oct. 4. So stay tuned.

Will there be a Triple Crown winner this year? To find out, you’ll have to tune in to the Preakness Stakes, which will be the last of the three races held. The race will be held, as always, at Pimlico Race Course in Baltimore.

Forced to postpone less than a month before their originally scheduled dates — at a time when all sports were scrambling — Augusta National Golf Club rescheduled the 2020 event for mid-November. Usually the first of golf’s four majors each season, this year The Masters will be the last of three.

After much hand-wringing, Tokyo Olympic organizers made the call in late March to push the 2020 Games back by one year. If the pandemic continues into the summer of 2021, organizers have said that the Tokyo Games will be canceled outright instead of postponed again.

If the games do take place in 2021, they will finish up just seven months before the scheduled start of the 2022 Winter Olympics, set to begin Feb. 4, 2022 in Beijing.