The long road to Sochi, Part 4 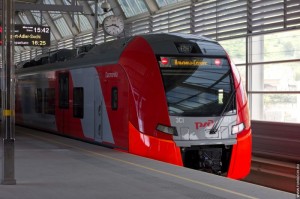 Hard to believe the 2014 Winter Olympics are barely four months away now, but since they are drawing ever closer, our preparations are starting to ramp up gradually. There’s a lot to do still, but here are the highlights:

• First, the good news: We scored tickets to a U.S. men’s hockey game! It pays to look at CoSport periodically (in my case, I’m looking every other day), and it so happened that last week when I checked individual ticket availability, the U.S.-Slovenia game on Feb. 16 was on the list, so I hurriedly bought two tickets for myself and Mrs. Fan. Wasn’t cheap, but if there was one game we didn’t want to leave the Olympics without seeing, it was a U.S. hockey game. Now, the real pipe dream would be to get tickets to the U.S.-Russia showdown on Feb. 15. I’ve cheered on the road team in many arenas, of course, but cheering on the road country? Now that would be something else.

• Our lodging situation, which we thought we had so neatly tied up in a bow, isn’t as settled as we thought it was. We received an email from the travel agency we’ve been dealing with and through which we reserved a room on a cruise ship (more on that in our previous post on the subject) saying that a meal plan was being offered on our ship. Nice, but the catch was that if we didn’t accept the extra cost of the plan (about an extra $20 per day, per person in U.S. dollars), they would “reserve the right” to transfer us to another ship. Now, I don’t have a problem with that necessarily, but to me, location matters — a big reason I chose to reserve on this ship was that it was based in Adler port, within walking distance (supposedly) of the coastal cluster of venues. My only fear in this whole situation is that they will transfer our reservation to a ship in Sochi port, near the city proper but a good half hour (assuming transportation runs as smoothly as the organizers promise) from the coastal cluster. Quite frankly, I’m not there to experience the nightlife of Sochi.

I turned to the trusty TripAdvisor thread on accommodations, and not surprisingly, the posters there were up in arms about what sure felt like a bait-and-switch. But my feeling is, as long as I have a roof over my head at night and a place to keep my stuff while I’m out during the day (and they don’t charge me extra without telling me — at least here they offered it to me instead of just doing it), I’m satisfied. At any rate, I’ve sent an email missive to the lady who’s been communicating with all of us customers to try to clear up my situation. Her name is Olga, and I’m sure she’s a nice lady, but our exchanges feel like a modern game of Telephone with each of us running the other’s messages through Google Translate to understand what the hell we’re trying to tell each other.

• The other part of this trip that sort of fascinates me is the transportation — ie. how we’re going to get from the Sochi airport to the ships, and then from the coastal cluster to the mountain cluster, and from the coastal cluster to Sochi itself (OK, I don’t want to live it up in Sochi, but I do want to see it once). I stumbled upon this post (in Russian) detailing the train service that’s supposed to be up and running for the Olympics, and it looks pretty cool to me (see photo above). I guess we’ll see, though, when it’s jammed with hundreds of spectators from all corners of the world and I’m wedged between them.

• Still gotta send in our visa applications. Planning to do that later this month. We’ve stalled on that for quite a while, but when the process requires you to surrender your passport, you find yourself searching for the exact right time.