The long road to Sochi, Part 3 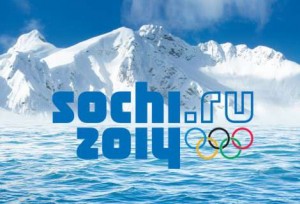 With six months to go before the 2014 Winter Olympics, the host city of Sochi appears to be scrambling to have everything ready — and, well, so are we.

Well, maybe that’s a little dramatic (the part about us, not about Sochi). But those are the stages of planning a major international journey — there are times when you feel like you have everything in order and there’s nothing more you can do, and other times when you feel like you’ll never have all your plans in place in time and your trip is destined to become an unmitigated disaster. And as long as we didn’t have our accommodations in place, it was feeling like the latter.

In the months since we nailed down our flights to Sochi, Mrs. Fan and I have kept an eye on developments in regard to this latest piece of the puzzle. We’ve talked to travel agencies, searched online travel sites and talked to others planning to travel to the Games, but we had a difficult time finding viable (read: close to the venues) and practical (read: cheap) lodging for the six days we would be there.

Then I came across what has been the most valuable resource I’ve found in planning our trip: A TripAdvisor message board, at 45 pages and growing, devoted to the topic of Sochi Olympics lodging. The fine folks contributing to the thread filled in a lot of blanks as far as information we needed, and made us aware of the Russian government’s plan to bring in up to seven cruise ships to dock in Sochi’s ports during the games and serve as floating hotels. (Hmmm, where have we seen this plan before?) Looking more into this plan, we discovered the following, each detail more tantalizing than the last:

• A Russian travel company was already taking room reservations, unlike a lot of hotels in the area whose availability wouldn’t be known until at least the middle of autumn.

• The price was right, about US$150-200 per night rather than $400 or more for hotels that aren’t even fully constructed yet, or through travel agencies charging a pretty premium.

• At least two ships would be moored in Adler port, a few stone’s throws (OK, two kilometers) away from the Coastal Cluster of venues.

We gave it some thought and, buoyed by the growing confidence of the TripAdvisor users, felt emboldened enough to request our own reservations on a ship called the Grand Holiday. We endured about 36 hours of nervousness as we corresponded with a Russian travel agent on the other end who apparently was using Google Translate to convey her requests to us, and learned a little bit about the intricacies of sending money to a foreign entity (I have now come to believe that international wire transfers are never a good idea), but yesterday we received our confirmation documents as well as visa sponsor documents by email. At least, that’s what I deduced they were after running the text through Google Translate. After checking our credit card account to ensure that the expected amount of money was indeed charged, we finally let out that good ol’ sigh of relief.

With that VERY big obstacle cleared, here’s what’s left on our to-do list:

• Apply for Russian tourist visas. This might be just as difficult as reserving hotel rooms, judging by the list of requirements, but we’re looking forward to getting this done.

• Keep an eye out for more event tickets. We’re really coveting tickets to one of the U.S. men’s hockey games — we’ll be in town for all three of their preliminary games, including what’s sure to be an epic match against host Russia — but Cosport, the official ticket seller in the U.S., is currently only offering those games as part of expensive bundles. We’re hoping they eventually release them for individual sale.