Salt Lake City needed no introduction to the sports world once the year 2002 rolled around, but its turn on the global stage arrived that year when it hosted the Winter Olympics.

Those Games, despite a few controversies, proved successful in a lot of ways, including financially. In recent years there has been some talk of Salt Lake submitting a bid to host the Winter Olympics again in 2030, but until that happens, vestiges of the 2002 Games are readily apparent throughout the region.

If you’re a visitor to Salt Lake City, it’s fun to spot Olympic markers and monuments as you walk or drive around. Some are hiding in plain sight; others are clear to see and worth stopping to visit. During a recent visit we tried to document a few of them as we went along. 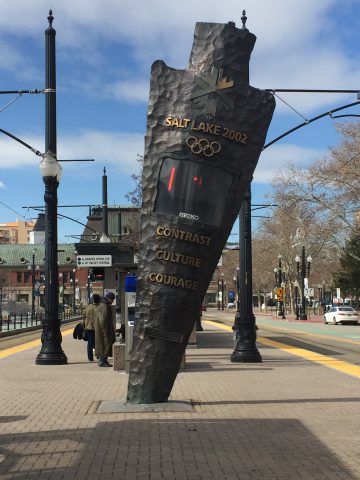 In the downtown area, near Temple Square, Vivint Smart Home Arena and other landmarks, you’ll find markers in quite a few spots, such as the countdown clock (photo above) that we stumbled across at a TRAX light rail station, as well as more detailed markers explaining significant Olympic locations, similar to the photo at the top of this post.

Interestingly, though, while downtown Salt Lake City was a hub for entertainment during the Games, the events themselves were mostly spread out throughout the region. The Jazz’s home arena, now known as Vivint Smart Home Arena, was the only downtown venue used for competition — named the Delta Center back then, it had its name changed to the Salt Lake Ice Center for the Olympics and hosted figure skating and short-track speed skating.

Across the intersection of South Temple and 300 West from Vivint Smart Home Arena is a surface parking lot that occupies an entire city block. Back in 2002, this was the center of entertainment for the Games, as it served as the site of the Olympics Medals Plaza. Over the two-week duration of the Olympics, the plaza also staged nightly concerts headlined by the likes of Foo Fighters, Dave Matthews Band, Sheryl Crow and more.

If you want to find more prominent vestiges of the 2002 Games, you’ll have to venture outside the downtown area. The easiest way to do that is to travel a few miles east of the central city area to the campus of the University of Utah — specifically, Rice-Eccles Stadium, the home of the Utes’ football team.

For the 2002 Games, the stadium was renamed Rice-Eccles Olympic Stadium and served as the site for the opening and closing ceremony. The cauldron used for the games remains in place today, right next to the stadium’s videoboard (see photo above), and is the centerpiece of what is known as Olympic Cauldron Park on the stadium’s south side. The stadium used to also host a visitor’s center dedicated to 2002 Games memorabilia, but that has since been moved as the university considers stadium expansion. 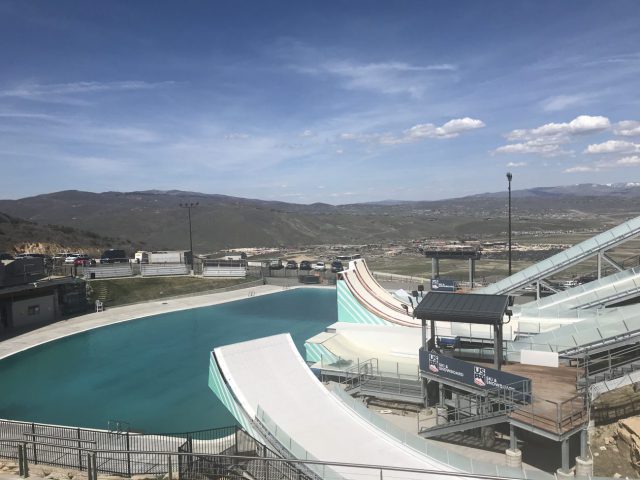 More robust reminders of the Games can be found in the ski resort town of Park City, in the Wasatch mountain range east of Salt Lake City. The town served as the base for most of the Olympics’ mountain events, and today is home to the Utah Olympic Park, which includes an Olympic Museum and a ski museum. The site also offers interactive exhibits and opportunities to do things like ride down the bobsled course and watch ski jumpers train.

Meanwhile, the venues used for the games remain in use throughout the region: 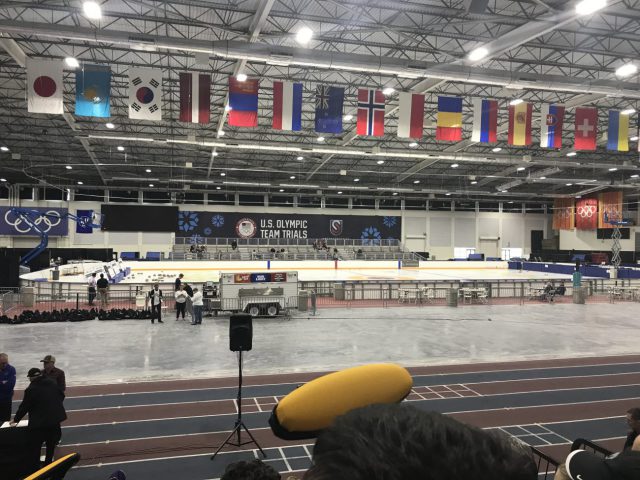