I’ve visited the United Kingdom once in my life, when I was a snotty 11-year-old. I was already a huge sports fan but not enough of one to know much about European soccer, let alone have the presence of mind to seek out the chance to attend a match (or, at least, beg my parents to do so). The Premier League wasn’t even a thing yet, and back in those pre-internet days there just wasn’t enough coverage of UK football, or any overseas sports, to get a Stateside boy like me interested.

Well, I’m finally going back to the UK next March — Mrs. Fan and I have been eyeing a trip to England and Scotland for a while now, and finally air fares dipped to a level where we just had to book — and of course the first thing that went through my mind after securing the flights was, “How can we see some football while we’re there?”

So planning has begun in earnest, and if traveling to the UK to catch a few matches has ever been an ambition of yours, I hope reading this post (and subsequent ones in the lead-up to my trip) can help guide you as you make your own plans. Even in this early stage, nine months out, I’ve come across a few nuances that are helpful to know as I begin structuring our itinerary.

The Premier League, the top flight of English football, releases its schedule (or, in soccer parlance, the fixture list) for the upcoming season in June, so I thought it would be easy to nail down some concrete plans early on.

The only problem is, the first version of the schedule only tells you which matches are taking place on which weekends. There’s still the matter of television, and if you were to guess that TV would wreak havoc on the Premier League’s schedule the way it does with a lot of American sports, you’d be right.

But in the case of the Premier League, not only could a match time change, so could the day — all matches in the initial fixture list are set for Saturday at 3 p.m. British time, but matches could be moved to Sunday, Friday or Monday to accommodate a TV broadcast or a competition match (more on the latter below). Worse yet for an obsessive planner like me: TV schedules are set in waves, so as of now only fixtures for August and September are set. Final days and times for March matches won’t be set until January.

So my strategy for this trip, in which we’ll be in the UK for two weekends (March 14-15 and 21-22, 2020), is to target matches we want to see and make loose plans to be in the vicinity so that we can adjust to any time/day changes. There are a few matches (in a few cities) that I’m eyeing for the second weekend, but for the first I know we’ll be in London, and frankly one match on the fixture list stands out above the rest: Tottenham Hotspur vs. Manchester United at Spurs’ new stadium in North London.

So no matter which day/time that match lands, we plan to be in London and available to go. (The one drawback is, this precludes us from making concrete plans to do other things, such as buying tickets to see a show in the West End, but we’re hoping this isn’t too much of an obstacle.)

When planning this far in advance, it’s important to keep in mind (read: hope and pray for) the possibility of tournament matches landing in your chosen vacation window.

If you’re like me — that is, not a supporter of any one club — your aim likely will be to see the popular clubs such as Manchester United, Liverpool, Arsenal, Chelsea et al, as much as possible. And nearly every year, those clubs will be competing in one of the major competitions like the Champions League or Europa League.

Those matches tend to be slated for mid-week to work around the league schedule, so it gives you bonus opportunities to catch a game. For example, Round of 16 matches in the Champions League are scheduled for March 16 and 17, during our trip. The only problem for us is that by March, there’s no guarantee any of the teams we want to see will still be alive in their respective tournaments, let alone hosting a match at the right time, but it’s nice to think about the added possibilities.

At this early stage I’ve done only cursory research, but securing tickets to our chosen matches might be a bigger challenge than I imagined.

Case in point: I was hoping to get an early jump on securing tickets for the Tottenham-Man United match mentioned above. But visiting the tickets section of Tottenham’s website has me re-contemplating my strategy a bit.

First, I thought that getting the inside track on a single-match ticket purchase would be as easy as joining a mailing list (as it is for most American pro teams). But in this case, the only way to ensure a ticket would be to join Spurs’ official fan club, One Hotspur, at a not-insignificant cost of £43 — $53.76 in USD at the time of this writing. Kind of a steep price to pay for a one-time, drop-in thing.

You can go without the membership and hope that tickets reach a general sale stage, but methinks Tottenham — which reached the Champions League final last season — will be too popular for it to get to that point. As its own site warns: “… our home matches are highly unlikely to reach a guest or general sale.”

(As an aside, Mrs. Fan knows someone who lives in L.A. but is a bona fide Spurs supporter and has traveled to England to see games in the past. We may beg her for a hookup before deciding to go the route mentioned above.)

Secondly, Spurs’ website has some stern warnings about buying tickets on the secondary market, going so far as to list hundreds of URLs for sites that are blacklisted — supposedly if you buy a ticket through one of these portals, you can be denied entry at the gate. StubHub is one of the sites listed.

Not to worry, they say, they have their own certified resale portal. But to have any realistic shot of buying tickets for your chosen match on it, guess what? You have to join the fan club.

So it’s clear the ticket hustle has a few different rules when it comes to English football, but as of right now it’s a game I’m willing to play in order to see a live match. 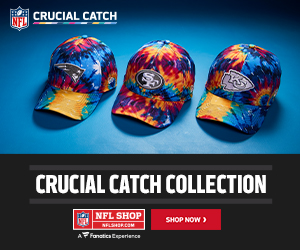