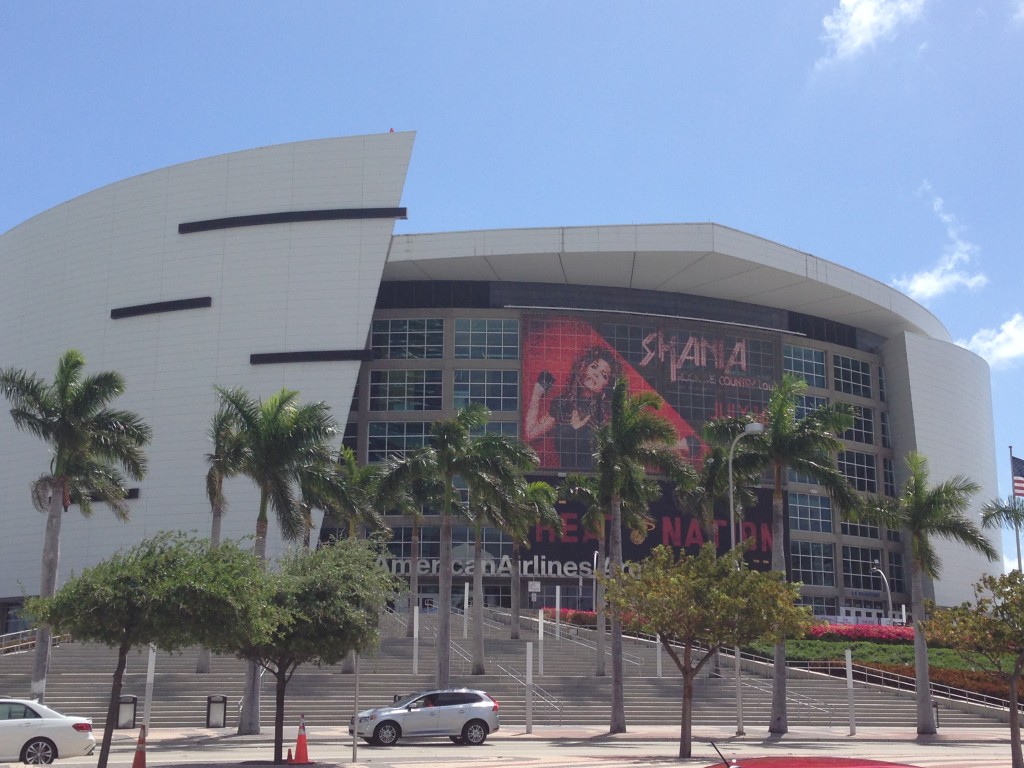 The schedule for the 2020-21 NBA season — at least the first half of it — has arrived, which means we can begin perusing the slate for NBA road trip ideas.

But as you know, this will be a strange basketball season. The start of the campaign was delayed two months by the COVID-19 pandemic and the delayed finish to the previous season; even then, there will be less than 100 days between the final game of 2019-20, when the Lakers defeated the Heat to win the NBA title, and the first games of the new season on December 22.

While we love analyzing schedules to come up with interesting road trip ideas — this will be our sixth straight season offering NBA itineraries — this time around we have to offer a number of caveats:

With those things in mind, here’s how we approached this round of NBA road trip ideas:

And finally, here are the normal ground rules under which we work to devise these trips (though we will bend or break a rule from time to time if the game or travel opportunity is just too good):

OK, enough of the bulleted lists! Here are our NBA road trip ideas for the first half of the 2020-21 season:

Start things off at Miami’s AmericanAirlines Arena with the defending Eastern Conference champs. From there, head north with stops at Orlando’s Amway Center, Atlanta’s State Farm Arena (two games to choose from; why not both?) and Charlotte’s Spectrum Center.

Sadly, this week doesn’t present an opportunity to visit the Raptors at their temporary home, Amalie Arena in Tampa. Perhaps on a future trip?

If you know your Texas/Oklahoma geography, you’ll see that this is truly carving an L down the two states. Beginning at Oklahoma City’s Chesapeake Energy Arena, you’ll make stops at American Airlines Center in Dallas and AT&T Center in San Antonio before finishing at Toyota Center in Houston.

There are some long travel distances in this journey, but so it is in the West. It begins in Denver with a visit to the Nuggets’ Ball Arena (formerly Pepsi Center) and includes stops at Utah’s Vivint Smart Home Arena, Sacramento’s Golden 1 Center and Golden State’s Chase Center in San Francisco.

And hey, since it’s Presidents Day weekend, why not see if you can start things off at Mount Rushmore? It’s about a six-hour drive north of Denver, and it’s more likely to be open to visitors than any of the arenas, truth be told. 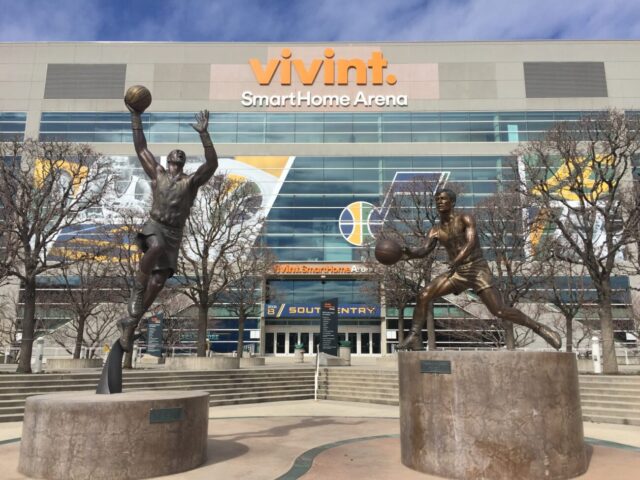 Hopefully the weather cooperates as you drive through the Midwest checking out four of the five arenas in the NBA’s Central Division. Starting at Fiserv Forum in Milwaukee, you’ll wind your way south and then east, with stops at United Center in Chicago, Bankers Life Fieldhouse in Indianapolis and finally Rocket Mortgage FieldHouse in Cleveland.

Sorry, Pistons fans, Detroit will be on the road throughout this time period so you’ll have to visit Little Caesars Arena another time.

5) Traveling down the Eastern Seaboard

We’re breaking a rule here by following the Pacers along their East Coast road trip, but so be it during this strange season. At least it’s a linear route traveling south on Interstate 95, beginning at Boston’s TD Garden and then passing through Madison Square Garden in New York and Wells Fargo Center in Philadelphia. For the finale, see how Russell Westbrook is fitting in at his new home, Washington’s Capital One Arena.

Alternately, you can swap out Manhattan for Brooklyn on February 27, as the Nets will be hosting the Mavericks at Barclays Center that night.

The NBA first half ends on Thursday, March 4. We’ll be back with more road trip ideas when the NBA releases its second-half schedule, which hopefully will come at a time when there’s more clarity on arena attendance. Stay tuned!