Our guide to BB&T Center in Sunrise, Florida, includes information on events, tickets, parking, public transportation, nearby hotels and restaurants, seating and more. Read on to find out how to get the most out of your gameday experience.

Years and years of crummy teams haven’t helped endear the franchise to the community, and attendance at their home rink, the BB&T Center, tends to catch the eyes of observers for all the wrong reasons.

But the Panthers have been working their way back to prominence, with a handful of competitive seasons and star players to their name in recent years, and the team’s fan base remains a boisterous one. And the team does play in a nice arena on the edge of the Everglades, as BB&T Center is located in the suburb of Sunrise, not far from Fort Lauderdale.

Besides, BB&T Center has made a name for itself on the South Florida entertainment scene, as it’s often the chosen stop for major concert tours, family shows and other events.

One challenge that the pursuit of watching hockey in South Florida presents is that the BB&T Center isn’t really close to where most tourists hang out when they visit the region.

BB&T Center is located in the suburb of Sunrise. about 12 miles west of Fort Lauderdale and a good 30 miles north of downtown Miami proper. Sunrise is definitely suburban, with mostly homes and a giant mall, Sawgrass Mills, nearby.

Look at the location of BB&T Center and Sunrise on a map and you’ll quickly notice that on the other side of the Sawgrass Expressway from the arena is … nothing. The building is truly on the border of the Everglades.

If you’re going to the game, you’ll need to drive there, or hail a taxi or rideshare; don’t even think about public transportation (and don’t be fooled by the existence of a “595 Express Bus” that picks up/drops off at BB&T Center — that line is meant for commuters and operates only in the daytime).

The worst-kept secret about attending an event at BB&T Center is that you don’t have to pay for parking if you don’t want to. Many, many patrons just park across the street at the Sawgrass Mills mall and walk over.

You’ll see plenty of fans do this for Panthers games, and clusters of cars will form in the northernmost reaches of the Sawgrass Mills parking lot, closest to BB&T Center. Traffic control cops will be on hand to ensure people walking across the street to the arena can do so safely. Note that “across the street” is still about a good quarter-mile — nothing unreasonable, but the distance is something to take into consideration.

If you’d prefer to park in BB&T Center’s sizable lot, the rate will vary based on the event. For Panthers games it also varies based on the day of the week and the popularity of the opponent, but expect the rate to begin at $20.

There is one advantage to paying for parking at BB&T Center besides proximity: After the game, traffic control focuses on egress from the arena lots. For drivers trying to get onto the Sawgrass Expressway, there’s an easy-access on-ramp via Salerno Drive. There won’t be the same traffic priority given to motorists exiting Sawgrass Mills, but it’s not likely that the volume of cars departing will be the same, either.

Sawgrass Mills makes it easy for sports fans in particular, as many of their sports bar-type establishments are located in the north wing of the mall closest to BB&T Center. So even if you’ve parked in the arena lot, it’s worth a walk over if you’re looking for something fun to do before the game. 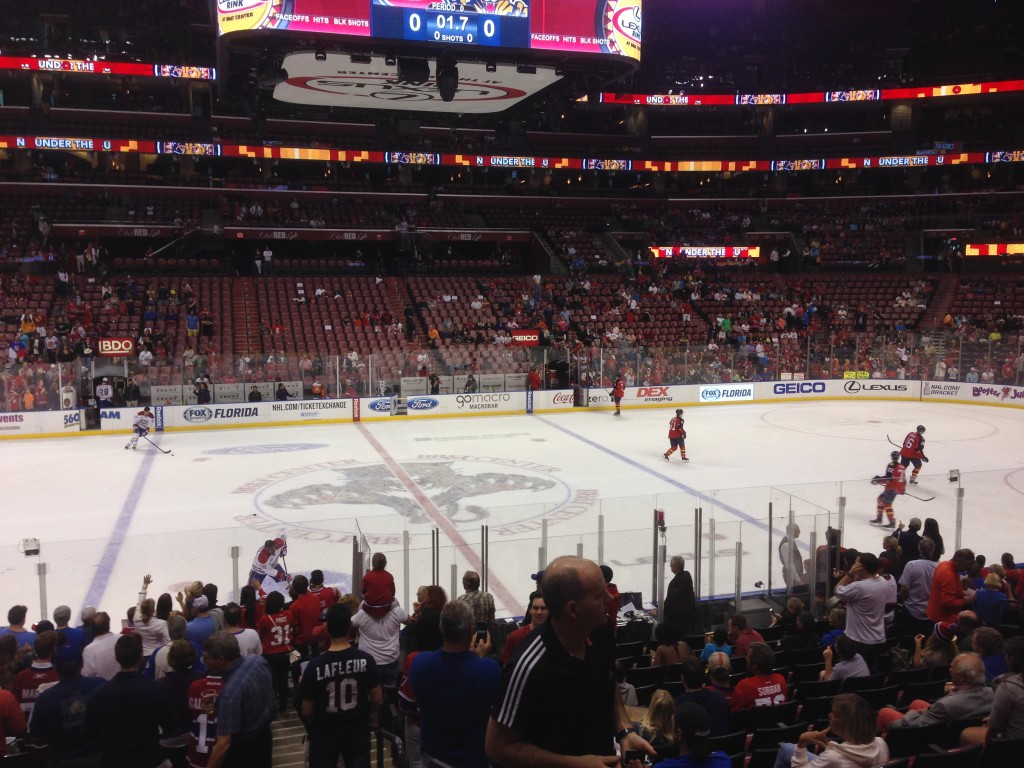 Watching a game at BB&T Center

BB&T Center is a nice building as arenas go. It has a strong reputation as a concert venue and is often the South Florida stop for a lot of big-name acts.

As for Panthers games, the attendance problem the franchise has had in recent years caused the team to curtain off parts of the upper deck to reduce capacity, which is an indication of how big it is. Indeed, BB&T Center is the largest arena capacity-wise in Florida, with nearly 20,000 available seats for hockey games.

BB&T Center’s seating bowl offers no real surprises. Sight lines aren’t bad no matter where you’re sitting, but it helps if you look for tickets in the sections adjacent to the press box (sections 314-322). The rows in these sections are only nine rows deep, as opposed to 16 and up in many of BB&T Center’s other 300-level seating areas.

Food and drink at BB&T Center

The food-court sections on both of the primary seating levels at BB&T Center give fans plenty of space to survey their options, but they won’t find a ton of surprises. Tacos, burgers and chicken sandwiches are prevalent, but you can also get items like stir-fry bowls, chicken and waffles and even poutine.

BB&T Center also has a sit-down restaurant on the suite level called the Sin Bin, and a brewery on the Plaza seating level. The Funky Buddha Brewery Tap Room features beers from Funky Buddha Brewery, based in nearby Boca Raton, and the beer lineup includes the Gloves Off IPA, brewed especially for the Panthers.

Carolina Hurricanes at Florida Panthers
Thursday, April 22, 2021
3:30 am
Get tickets at SeatGeek »

Carolina Hurricanes at Florida Panthers
Saturday, April 24, 2021
3:30 am
Get tickets at SeatGeek » 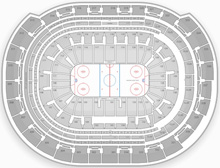