Our guide to Paycom Center in Oklahoma City includes information on events, tickets, parking, public transportation, nearby hotels and restaurants, seating and more. Read on to find out how to get the most out of your gameday experience.

A visit to Paycom Center, the home of the Oklahoma City Thunder, is one of the most unique experiences in the NBA.

OKC and Oklahoma City Thunder fans get plenty of national television exposure these days, and home games at Paycom Center can be tough to get into. But it’s worth making a visit to see what it’s like watching pro basketball in Oklahoma.

And Paycom Center (known previously as Chesapeake Energy Arena and Ford Center) has become a hub for major events that pass through Oklahoma City, from the NCAA basketball tournament to pro wrestling, MMA, bull riding and more. 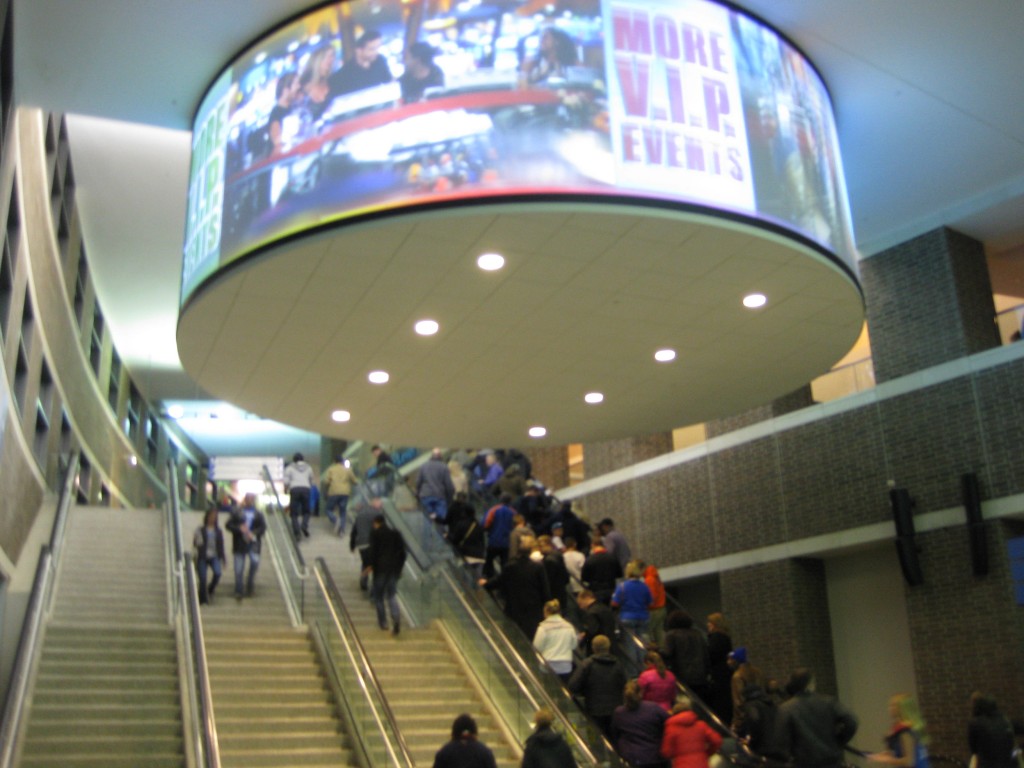 Paycom Center sits in what can be best described as the south edge of downtown Oklahoma City, along a major drag called Reno Avenue.

As of 2018, OKC has a public transit option in the Oklahoma City Streetcar, serving two routes that run in loops around the central city. Use the Arena stop on either line to get to Paycom Center. A single-ride fare for the system costs $1, or you can pay $3 for a 24-hour pass.

The city’s Amtrak station is also close by, at the corner of Reno and E.K. Gaylord, but it’s not a practical mode of transportation for an event at Paycom Center unless you’ve decided to travel from Fort Worth for it.

With Interstate 40 not far away, access to the area is not hard, and neither is parking for Paycom Center events. There are lots and structures all around, including an underground garage at the Cox Convention Center across the street that costs $8 to enter.

If you’re a visitor to Oklahoma City and you’re staying downtown, then it’s easy to get to Paycom Center — just walk. Most major hotels in the downtown area are within a few blocks of the arena, the most convenient of which being the Courtyard Marriott just next door, no crossing of streets needed.

Just a block east of the arena, on the other side of the Amtrak tracks, you’ll find Bricktown and a much more lively nightlife scene. There are many, many restaurants and bars here, including Mickey Mantle’s Steakhouse, Bricktown Brewery and Earl’s Rib Palace, all of which are happy to cater to basketball fans and are typically bustling on Paycom Center event nights. 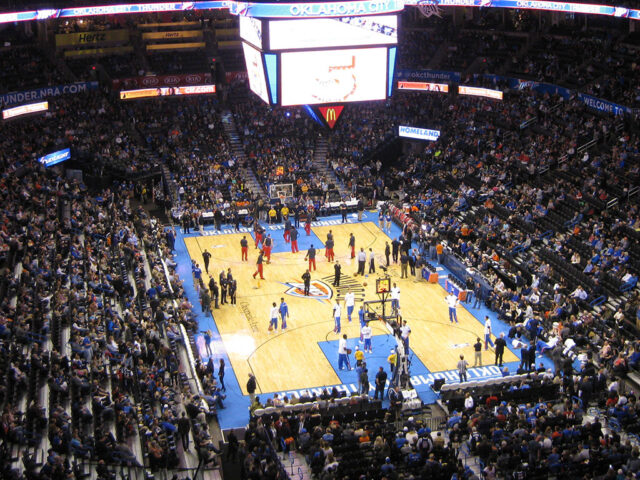 Watching a game at Paycom Center

Most sports venues around the country do a pretty good job taking on the personality of the city it’s in and the fan base that regularly fills it, but Paycom Center and Oklahoma City are just about a perfect fit for each other.

Paycom Center is nice but not audacious, the amenities plush but not exorbitant, the layout and seating bowl straightforward and uncomplicated. And just like most people you’ll meet in Oklahoma City, the staff is exceedingly polite and helpful.

The upper deck seating area at Paycom Center for Thunder games has been christened “Loud City.” The view isn’t great, though sight lines are OK. Considering the popularity of the Thunder, it’s sometimes difficult to drop in and find tickets for any other part of the arena for less than $100.

And despite many changes to the makeup of the Thunder over the years, from the star-laden days of Kevin Durant and Russell Westbrook to a younger, less competitive squad, the seating bowl at Paycom Center remains one of the most raucous in the NBA.

Interested in a suite at Paycom Center? Buy suite tickets at SuiteHop.

Food and drink at Paycom Center

The concessions scene at Paycom Center is pretty standard stadium fare. Hot dogs and bratwursts, tacos and nachos, chicken wings and Philly cheesesteaks are all prevalent. Local pizza outlet Mazzio’s operates a stand at the arena. 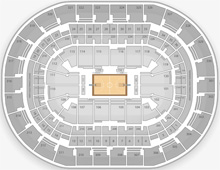