Our guide to Smoothie King Center in New Orleans includes information on events, tickets, parking, public transportation, nearby hotels and restaurants, seating and more. Read on to find out how to get the most out of your gameday experience.

The sports landscape in New Orleans is undoubtedly dominated by football, what with the behemoth Mercedes-Benz Superdome and the beloved Saints around. But in recent years, the Big Easy is showing there’s a place for basketball as well.

In 2002, the NBA’s Hornets came to town, moving into what was then called the New Orleans Arena. Nowadays, the team is known as the Pelicans and the arena’s name has changed to Smoothie King Center — and New Orleans is warming up to hoops.

The franchise’s playoff appearance in 2015, while brief, energized the fan base. These days, the Pelicans are looking to achieve consistent success, but with a young roster, it’s easy to imagine better days ahead.

Though Smoothie King Center is a bit of a no-frills event center compared to its contemporaries around the NBA, there are plenty of reasons to plan a basketball trip to New Orleans. The primary one is obvious — it’s New Orleans!

And Smoothie King Center is no stranger to major events. It has hosted the NBA All-Star Game three times and has welcomed the NCAA men’s basketball tournament, the NCAA women’s basketball Final Four, MMA, wrestling and bull riding events, in addition to major concerts. 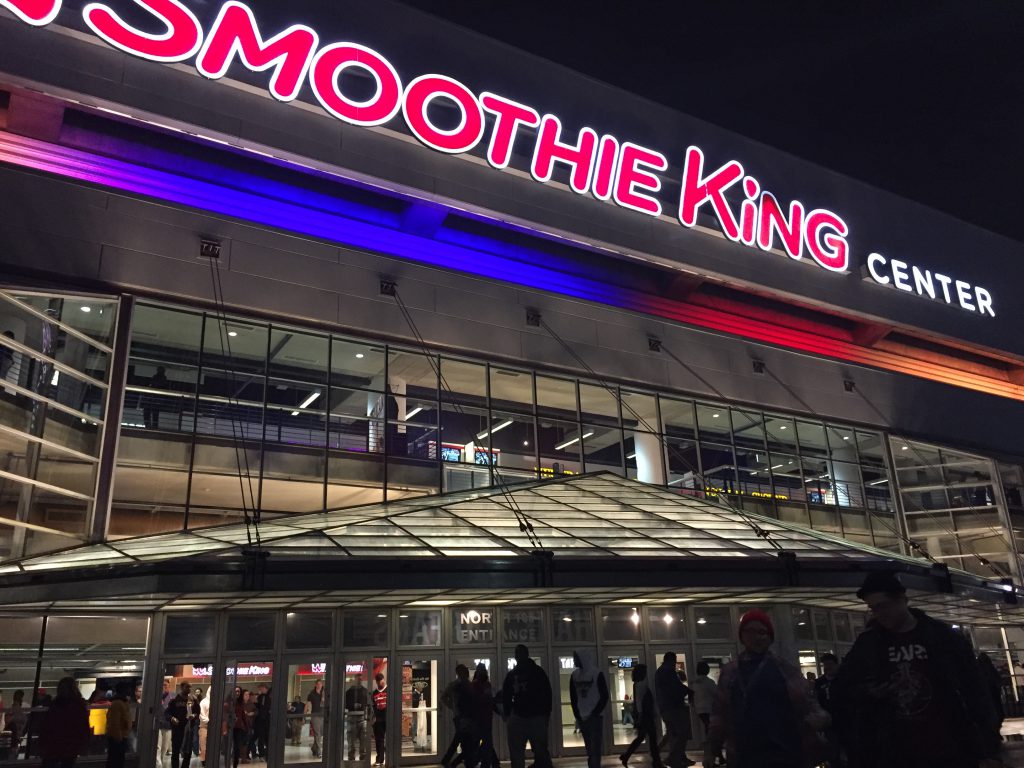 Smoothie King Center is not hard to find, even if it’s overshadowed by the Superdome in the New Orleans skyline. At least you can look for the Superdome if all else fails. If you’re driving into the city’s Central Business District via the Pontchartrain Expressway, it’ll be easy to spot since it sits in front of the Superdome. You can find more detailed driving directions here.

For visitors who are staying in central New Orleans, the largest concentration of hotels are about a mile away, closer to the French Quarter and Mississippi River.

Walking to the game is certainly an option in most cases. Just head west on Poydras Street toward the Superdome, then go south on Loyola Avenue. The Hyatt Regency is the closest hotel to the arena, right across the street from the Superdome.

You can also take advantage of the city’s streetcar system to get around and get to the game. For a $3 all-day fare, passengers can travel around the Central Business District and the French Quarter. Use the Loyola-UPT line to get close to the arena; Julia Street is the closest stop.

Parking is ample around Smoothie King Center, which utilizes the structures surrounding the Superdome for much of its inventory. The Champions Garage off Girod Street is the closest structure to the arena, with several small surface lots just across the street.

Rates for parking at Smoothie King Center events begins at $20 for the Champions Garage, and usually is more for Pelicans games.

Metered parking is available on the streets between Smoothie King Center and the Central Business District, and many experienced fans will head into town early, feed the meters until 6 p.m. when enforcement stops, and then walk the handful of blocks to the arena.

The easy solution is to check out the French Quarter — something you should be doing anyway, whether it’s your first visit to New Orleans or not. Check out one of the many well-known restaurants and bars in the French Quarter or Central Business District (Mother’s, Pat O’Brien’s, Acme Oyster House and Cafe Du Monde, to name a few, are all within a couple miles of the arena).

Remember that the deeper you get into the French Quarter, the farther away you’ll be from the arena, so have a car handy or use the streetcar to get to the game afterward.

Also, the area in the immediate vicinity of the arena (read: within a couple blocks in any direction) tends to be quiet on Pelicans game nights, so you’ll want to plan on a walk of at least a few blocks if you plan on stopping somewhere beforehand.

But the Central Business District is gradually receiving an influx of residents, and with them are coming new, high-end lofts and businesses (such as restaurants) to cater to them. 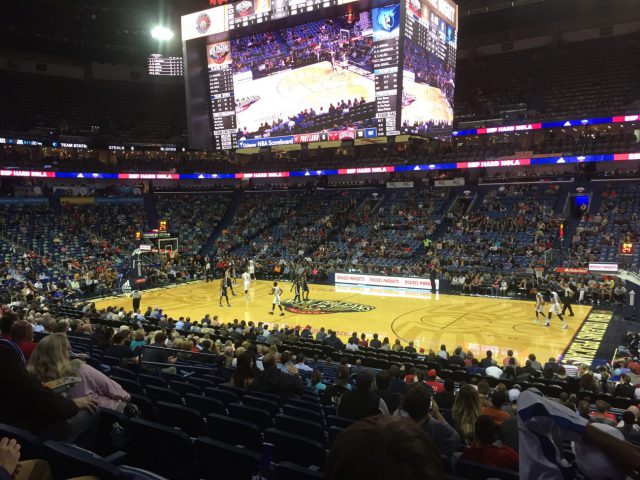 Smoothie King Center isn’t all that fancy-looking from the outside, at least when compared with other, newer arenas around the NBA. It’s got a boxy shape and glass atriums on several sides, particularly the main entrance facing the Superdome.

The exterior underwent a renovation in recent years that made it more lively and inviting, with the addition of lighting and video screens.

You can see what’s going on inside as you approach, particularly if you enter the arena via one of two pedestrian bridges that cross Dave Dixon Drive from the Superdome plaza.

Smoothie King Center’s seating bowl is a standard one for arenas: An upper and lower level, with suites in the middle. The center-court seats on the lower level are designated as club seats with the usual premium amenities, such as food service at your seat.

Depending on the game and day of the week, club seating tickets at Smoothie King Center can be fairly easy to purchase on the secondary market. While Pelicans fans can be passionate, especially when the team is doing well, they don’t always fill up the arena, meaning good seats can often be had for a reasonable price. For our visit, on a Monday night in December, we scored a ticket in the upper rows of the 100 level for below face value.

Perhaps because the Pelicans don’t have much to boast about in the way of franchise accomplishments, Smoothie King Center can feel a little drab and sterile as you walk through the concourses and look around the seating bowl. There’s very little in the way of team history adorning the walls, and no banners hanging from the rafters.

The team tries to make up for this with lively game entertainment, and the center-hung videoboard is one of the larger displays in the NBA, stretching as far as the top of the three-point arc on each end of the court.

Inside Smoothie King Center, you can survey a fairly diverse concessions menu that includes a number of Big Easy favorites. Head to the Crescent City Cuisine stand for BBQ shrimp and cauliflower grits, or to the LA Seafood booth for shrimp and catfish po’boys.

In addition, the Zatarain’s stand serves chicken and rice bowls, and red beans and rice and jambalaya can be found at various stands around the arena.

Several bars and stands around the arena serve beers on tap. Louisiana-based Abita Brewing heads the craft beer lineup, as you can find their Strawberry Lager, Purple Haze and Big Easy IPA.

Upcoming Events
All times local
Legendz of the Streetz
Friday, February 3, 2023
7:00 pm
Get tickets at Ticketmaster » 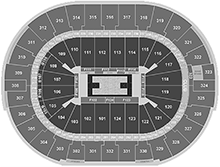