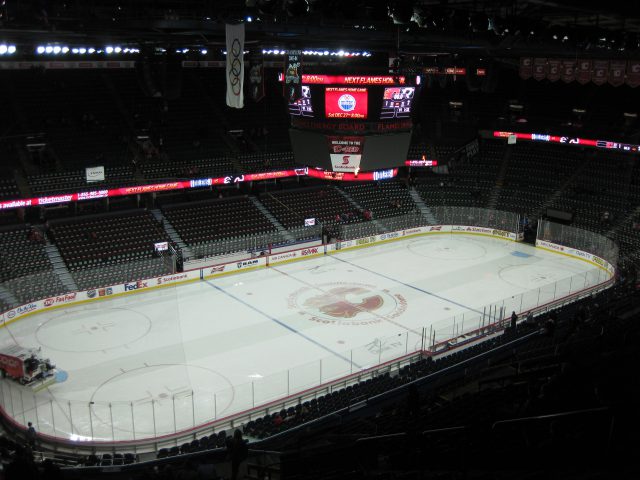 It has been almost two months since the COVID-19 crisis came to a head in the United States, shutting down all sports leagues currently in play. Since then we’ve heard of a number of scenarios for the return of the NBA, NHL and Major League Baseball, as well as what might happen when the NFL and college football try to start up in the fall. But the question remains: What will the stadiums look like for these sports when fans are allowed to return?

To start, we might have to take a step back and ask this: When will fans be allowed to return to the stadiums? That remains quite the uncertainty.

And as much as teams and leagues would love to have gate receipts to drive revenue, the reality is that opening the stadiums up won’t be up to them, but to their local jurisdictions. Which means that if, say, the NBA decides as a league to welcome fans back, the rules will be different across arenas — perhaps resulting in semi-full buildings for some teams and empty ones for others.

While it seems like we’re still a long way from any medical experts or government entities declaring it’s safe to attend a large-scale sporting event again, teams have begun planning for it. This is evidenced by stories over the last few days detailing the Miami Dolphins’ plan for welcoming fans back to Hard Rock Stadium, and the San Jose Sharks examining how to stage games at SAP Center. No doubt other teams are actively preparing their own plans and protocols as well.

Based on the details being released so far, it sounds like the live sports experience will take on a tenor similar to visiting your grocery store or ordering takeout at a restaurant during the current situation. You could see the following:

Supposing that stadiums do open up to fans, and that all — or at least most — of those details are put into practice, would fans be OK with attending games (and paying money to do so) under these compromised conditions? Does the ability to watch live sports outweigh the obviously diminished experience that would be offered? And is it worth the risk to be exposed to large crowds if stadiums open up before reliable treatments and/or a vaccine are developed for COVID-19?

Each fan would have to answer that for himself or herself. In my case … I’m just not sure yet.

I like going to games for the roar of the crowd, the camaraderie with fellow fans, the in-game experiences, the freedom of movement. Without those things, how much different would this be from watching the game on TV? It’s really a tough sell, to be honest.

And yet, if we reach the point where we’re even considering the return of fans to stadiums, then I’ll know sports will be close to returning. If you think about where we are at this time, getting to that point will certainly feel like that light at the end of the tunnel is actually within reach. I’ll take any victories we can get right now.