When your team does the unthinkable and wins, Part 2 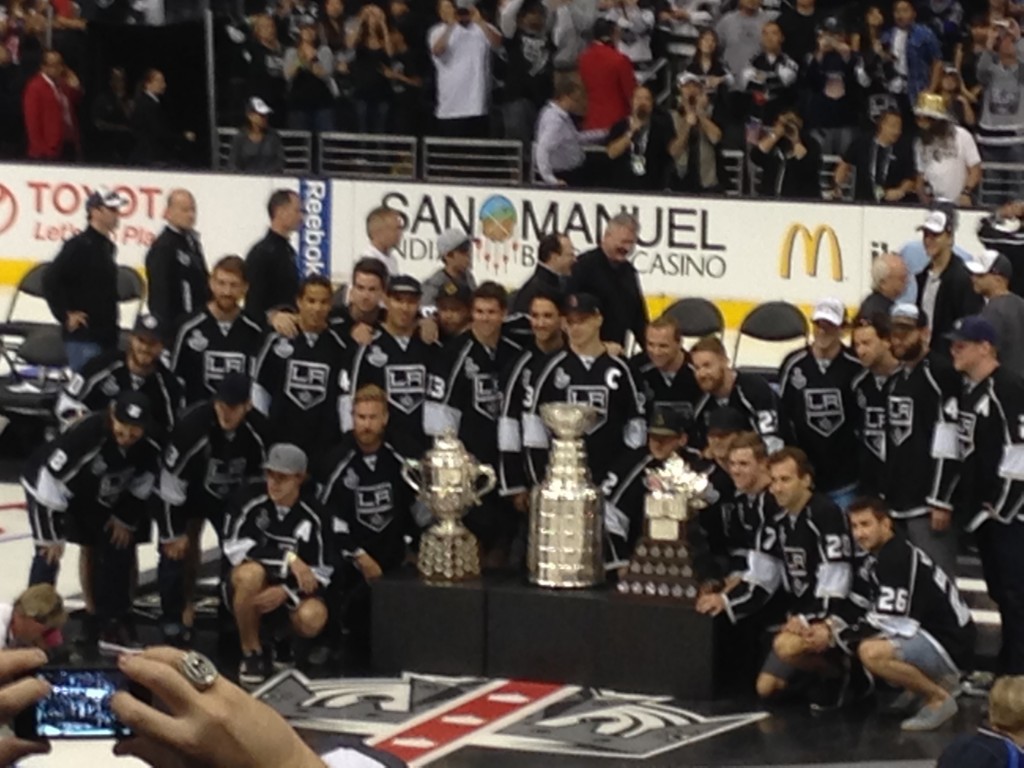 Two years ago I wrote a post for Mrs. Fan‘s sports blog, the Rebel State, called “When Your Team Does The Unthinkable And Wins.” And at the time, if you were a fan of the Los Angeles Kings, winning a championship was unthinkable — at least until the Kings did it in the most unthinkable way possible, starting as a No. 8 seed and then rampaging through four rounds, losing just four games, on the way to the Stanley Cup.

I can be as closed-minded as a lot of fans when it comes to my teams, but I try to be realistic. So I tried to savor the Kings’ 2012 title as much as possible, thinking this might be the only chance for me to celebrate one of these in a long time — maybe in my lifetime. Sure, I thought, “hopefully they can do this again in the next few years with the core they have,” but I knew history wasn’t on their side.

But here I sit typing this post out because the Kings are champions again. And this time they did it in an even more unthinkable fashion, surviving seven elimination games, winning three Game 7s… well, if you’re a hockey fan you know all of this. I’m still astounded by all of it — the roller coaster of emotions; the thrilling, high-stakes games, many of which went to overtime; and the fact that on Monday, we had a parade in downtown Los Angeles to celebrate the whole thing. 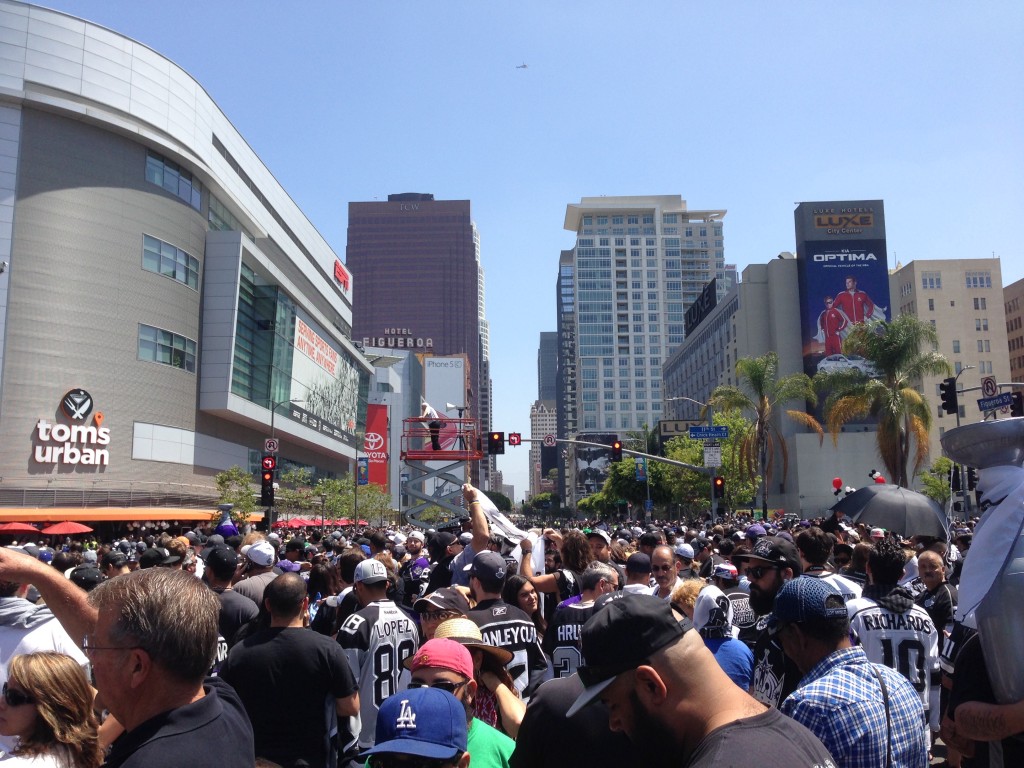 As I noted two years ago, it’s interesting to see how you react when your team wins. First, you find yourself spending gobs of money on souvenirs and other paraphernalia, even if you’re not much of a souvenir guy to begin with. Me, I’ve already purchased an official championship hat and a Justin Williams jersey with Stanley Cup Final patch, increasing my collection of Kings-related jerseys to six (I like the symbolism — Williams won the Conn Smythe Trophy, so that jersey for me will be a longstanding reminder of the 2014 playoffs). My souvenir binge will last all summer, and at minimum my plan is to, at the very least, buy a matching 2014 item for every 2012 championship item I have (and I do have a lot of things). Oh, and yes, I plan on seeking out and taking a picture with the Stanley Cup again, as I did two years ago.

For me, music from the good times will always stick in my mind. The team’s parade and championship rally was earlier this week, and they played the video shown below. At least five of the songs used made their way on a special Kings playlist I maintain on Spotify, and a couple of them will now forever conjure up certain images in my head (and, yes, even a few tears or at least some tingles).

So really, how do you respond when your team does the unthinkable and wins? Well, you savor it for as long as you can — at least for the entire offseason. I’m willing to bet even fans of teams who have bucketloads of championships will say the good times don’t last forever, so you have to keep those wonderful feelings in you as long as you can. It’s part of being a fan — your team will break your heart more times than not, but when they deliver on your faith, it stays with you forever. In my case, the Los Angeles Kings are champions again, and the feeling is just as incredible as the last time.