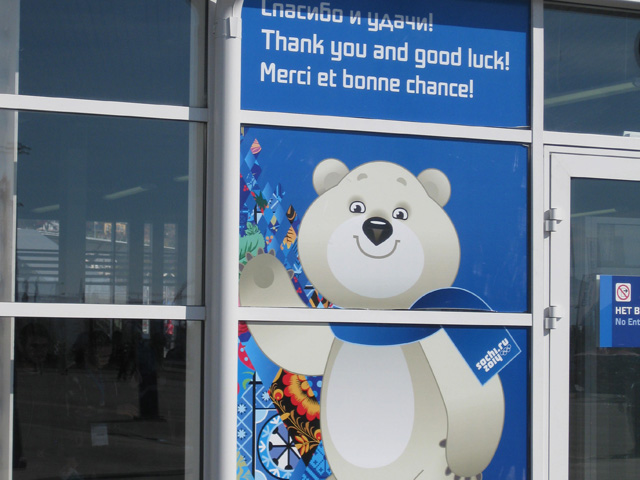 The Winter Olympics are over, and while we’re usually a little misty-eyed at the conclusion of this particular event, there’s a particular sentimentality that comes with the end of the proceedings in Sochi. Of course, this was the first Olympics that Mrs. Fan and I ever attended, and though we were only there through the first weekend, the memories of the experience continue and will for quite some time.

For me personally, I think the biggest thing I’ll take from having visited Sochi is the chance to see Russia — to see the culture and to meet the people of a country that, to Americans, is mysterious at best, intimidating at worst. I read a lot about the Olympics and about traveling to Russia during my planning for this trip, and especially in the final month before heading out there, I read a multitude of negative stories — about the potential for terrorism, about Sochi’s lack of readiness for the Games, about Russia’s turbulent political climate, and so on. People asked me if I really wanted to go out there; I took everything with a grain of salt but never considered bailing on the trip. And I’m sure glad I went, and that sentiment was echoed by pretty much every American I met during our time there.

Russia has plenty of warts, for sure, and that shouldn’t be minimized. I saw a lot of them, from the vast junkyard, barely hidden by a long “Sochi 2014” fence, that we walked by every day on the way to the train station, to the stray dogs we saw in and around the Olympic Park apparently just seeking attention — one ran up to me and settled at my feet for half an hour while me and Mrs. Fan were talking to our friend Curling Matt one night in front of our cruise-ship hotel. And there’s no arguing they have some customs, mannerisms and sayings that are bewildering to Westerners (for example, I laughed like a lot of people at the official slogan, “Hot, Cool, Yours.” But then I saw a Russia tourism exhibit at the Olympic Park, and the sign said this: “Russia: Great, New, Open!” So it must be a fairly customary thing in Russian to put three adjectives together like that, and it just comes out sounding weird in the translation). 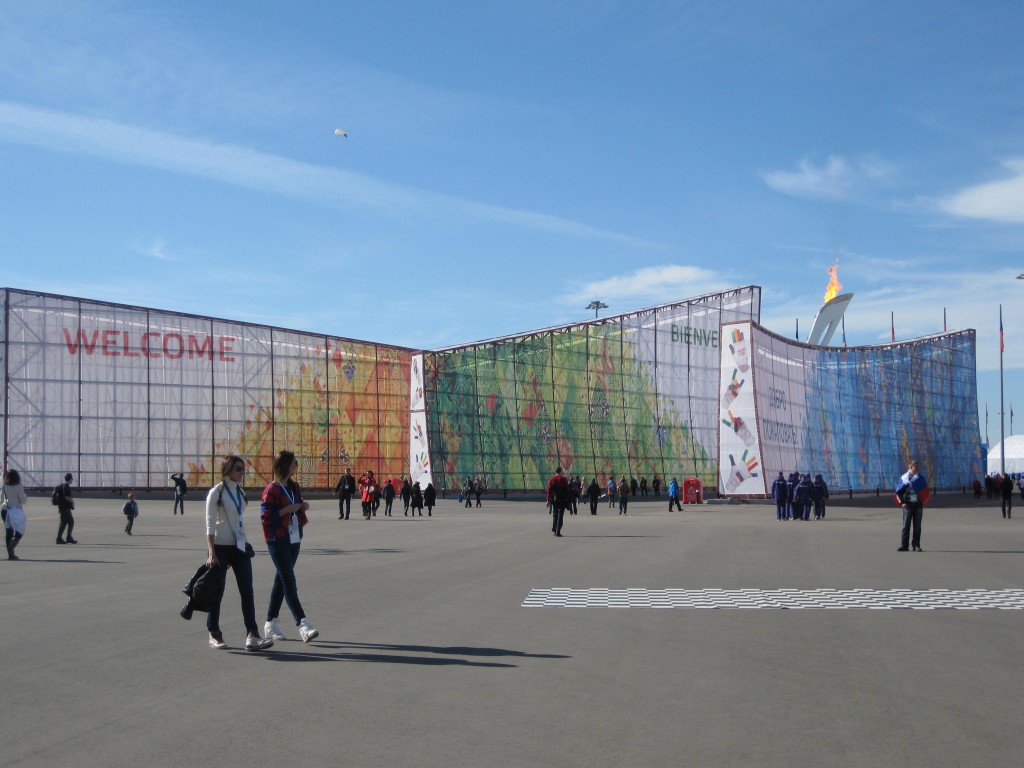 Perhaps the hospitality and friendliness I felt there was just a matter of people trying their darndest to put on a good face for cynical foreigners, but there’s no reason to believe the warmth I felt from the Russians I talked to during my time there was anything but genuine. It was particularly striking on our final day there, the Sunday of the middle weekend, when a Russian guy with a stern face walked up to us as we were eating and asked to pose for a picture, then handed me a Russian flag. It was almost like he was seeking acceptance from an American as much as he was fascinated by the sight of one, but I think the language barrier prevented me from communicating how I really felt at that moment — that it was an honor to have the chance to experience his culture.

Once we arrived home, I watched the Olympics with my usual great interest, but with the added incentive of having those “Hey, I was there!” moments of seeing on TV many of the places I visited in person. Most of the people who have asked me about the trip in the days since I returned seem to treat the fact that I went to Russia with the same fascination as if I had visited Mars, and I get why. Russia is halfway around the world and feels like it, but I guess what they say about the Olympics, I learned first-hand: It truly does have the ability to unite cultures. And maybe that sounds like a sappy thing to say, but hey, going to an Olympics — and going to an Olympics in freakin’ Russia, neverless — was truly an experience I’ll never forget.

I was watching the closing ceremonies on tape-delay and saw the moment when the Olympic flame was extinguished by the Sochi bear mascot, who then had a tear fall from his eye. Creepy animatronic moment? Sure. But I kinda got choked up the same way. I’ll miss these Olympic Games, and I’ll miss Sochi. I guess to understand how that feels, you truly had to have been there.